The final rites of Sumith Prasanna Jayawardena, who was allegedly murdered during a party in Embilipitiya, was held on the afternoon on Sunday, Jan. 10.

The youth was allegedly murdered during a clash that erupted during a party of a businessman’s daughter in Embilipitiya. The party was held Jan. in a three-storey building owned by the businessman.

Residents charge that the arrival of the police at the party had led to the confrontation, a claim the police reject. Footage recorded on mobile phones by witnesses at the time of the incident has been circulating on several social media networks including Facebook.

Amid protests that erupted against the incident the Embilipitiya, the assistant superintendent of police was given mandatory leave while 21 other police officers including the Police HQI were given transfers.

The Embilipitiya town was filled with white flags, notices and banners for the final rites of the victim. The public arrived to pay their last respects and sign a petition demanding the government to arrest the Police officer responsible for the crime.

A court order was issued to the victim’s pregnant wife to prevent any unruly behaviour during the funeral. The Embilipitya Magistrate’s Court issued another injuction order preventing illegal protests and demonstrations. The Acting Magistrate of Embilipitiya ordered that protests with the use of empty coffins cannot be held.

The final rites for Sumith Prasanna Jayawardene were observed at the Embilipitiya public cemetery. Around 500 Police STF personnel from Thanamalwila, Tangalle, Udawalawa and Siyambalanduwa were deployed to ensure security in the area during the funeral. Heightened security presence was also witnessed on the access road to the Embilipitiya Police Station. 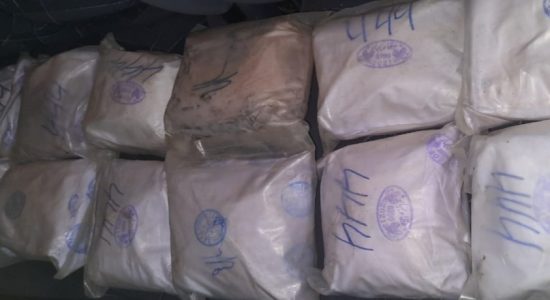