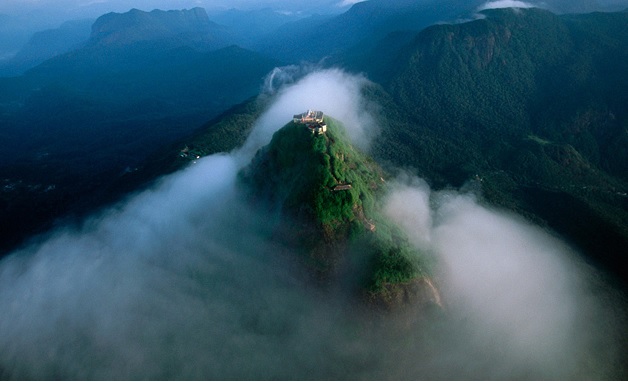 The pilgrimage season runs from Unduwap Poya to the Wesak Poya Festival, reaching its peak mid-season at Medin poya

The statue of God Saman and the sacred casket were placed at Sri Pada by the Chief Incumbent of Sri Pada Ven. Shri Bengamuwe Dhammadina Thera today.

While the objective of pilgrims is to pay homage to the Sri Pada, they  also attempt to climb the Adams Peak before sunrise to witness the sunrise atop the Adam’s peak and to engage in the sun ritual popularly known as the ira sewaya.

There are a number of sources, such as inscriptions and in historic chronicles such as the “Mahawanshaya, Deepawanshaya, Chulawanshaya, ancient chronicles and Rajaawaliya as well as “Samantha Kuuta Warawa” which were written during the Dambadeniya era and even a number of literary sources writted during the Kotte era all cite the many kings who paid homage to the Sacred Sri Pada.

However it is the responsibility of pilgrims to ensure that they do not litter the Sri Pada so that it is preserved for the future generations who will also get the opportunity to pay homage to this historic and sacred site.