The plight of the Yazidi Women: Nadia Murad Basee Taha pleads for the end of the Islamic State

The plight of the Yazidi Women: Nadia Murad Basee Taha pleads for the end of the Islamic State

A young Yazidi woman pleaded on Wednesday (December 16) for the United Nations Security Council to wipe out Islamic State after describing the torture and rape she suffered at the hands of the militants, who abducted her as “war booty” and held her for three months.

“Along the way, they humiliated us. They touched us and violated us”

Nadia Murad Basee Taha was only 20 years old when she was abducted by the IS and a year later, she has been left wounded but bravely pleading for an answer that will stop such atrocities happening to others.

Last August, the young girl’s life changed for the worse when she was abducted in August last year from her village in Iraq and taken by bus to a building in the Islamic State stronghold of Mosul, where thousands of Yazidi women and children were exchanged by militants as gifts

Taha, said several of her brothers were killed by Islamic State militants,but  eventually escaped and is now living Germany.The United Nations has said that Islamic State may have committed genocide in trying to wipe out the Yazidi minority and has urged the U.N. Security Council to refer the issue to the International Criminal Court for prosecution.

The plight of the Yazidi Women: Nadia Murad Basee Taha pleads for the end of the Islamic StateRead More:http://goo.gl/gHI2E8

Posted by Newsfirst.lk on Wednesday, December 16, 2015

In her speech Nadia Murad Basee Taha stated that “We, the women and children were brought by bus to another region. Along the way, they humiliated us. They touched us and violated us. The took us to Mosul with more than 150 other Yazidi families. In a building, there were thousands of Yazidi families and children who were exchanged as gifts. One of these people came up to me. He wanted to take me. I looked down at the floor. I was absolutely petrified. When I looked up, I saw a huge man. He looked like a monster.

She further added, trying to hold back tears and keep her nerve “I cried. I cried out, I said ‘I’m too young and you’re huge.’ He hit me. He kicked me and beat me. And a few minutes later, another man came up to me. I still was looking at the floor. I saw that he was a little bit smaller. I begged him. I implored him for him to take me. I was incredibly scared of the first man. The man who took me asked me to change religion. I refused. Then, he asked my hand in marriage, so to speak.”

Struggling to relive the experience she recalled the situation of the women around her, noting that “I said that I was ill because most women were menstruating because the were scared. A few days later, he forced me to get dressed and put makeup on and then that terrible night, he did it. He forced me to serve as part as his military faction. He humiliated me every day. He forced me to wear clothes that didn’t cover my body. I was tortured. I treid to flee but one of the guards stopped me. That night, he beat me. He asked me to take my clothes off. He put me in a room with the guards, then they proceeded to commit their crime until I fainted. ”

She finally expressed bravely ending her story “Three months after my abduction, I was finally able to escape. I’m currently living in Germany.”

Islamic State militants consider the Yazidis to be devil-worshipers. The Yazidi faith has elements of Christianity, Zoroastrianism and Islam. Most of the Yazidi population, numbering around half a million, remains displaced in camps inside the autonomous entity in Iraq’s north known as Kurdistan.

In 2014 ISIL gained prominence when it drove the Iraqi government forces out of key cities in its Western Iraq offensive followed by the capture of Mosul and the Sinjar massacre.

The genocidal persecution of the Yazidi people of Iraq, leading to their exile, the abduction of Yazidi women, and massacres of at least 5,000 Yazidi civilians, during what has been called a “forced conversion campaign”being carried out in Northern Iraq by the militant organization showcased the violence and the impact that can be caused by them.

The more recent attacks on Paris and California has the west clambering for tactics and strategies to keep the group away  and out of their borders even though IS claimed attacks have been seeping through and the destruction,chaos and sadness that has been left behind in their war-path is well-etched in the victims who have encountered the violence first hand. 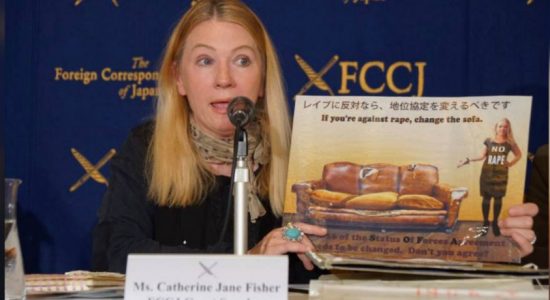