Bimal Rathnayake speaks on Eelam flags and posters in Jaffna

Bimal Rathnayake speaks on Eelam flags and posters in Jaffna

During the presidential elections some politicians had created a Facebook page named Brighter Future For SL for campaigning activities of Mahinda Rajapaksa which were used to share this photo where a youth was pasting a poster of Prabhakaran.

He went on to note that the poster is being pasted by a small political party in Tamil Nadu named Thanthai Periyar Dravidar Kazhagam but none of the major parties in Tamil Nadu would put up posters as such, no matter how badly Jayalalitha screams.

They looked into the matter where these posters were being put up. During the past six years at least three to four posters were put up in the vicinity of the Jaffna University. It was done in 2010, 11 and 12. 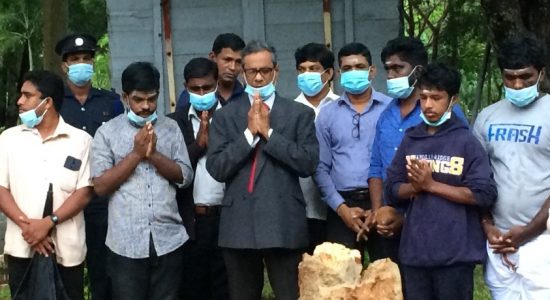