No place for hatred and division in the future: Ambassador Samantha Power

No place for hatred and division in the future: Ambassador Samantha Power

US Ambassador to the United Nations Samantha Power who is currently on an official visit to Sri Lanka, visited Jaffna on Sunday.

Subsequent to the meeting with the Northern Province Chief Minister, Samantha Power engaged in an inspection tour of Osmania College, Jaffna.

The U.S. Ambassador to the United Nations stated that there was great suffering, and the effects of that suffering are still being felt today.

She added that, without reliable access to schools like Osmania, a whole generation of young people suffered from limited educational opportunities.

She went on to note:

I know that this community, like the rest of Jaffna, the Northern province, and all of Sri Lanka, are still rebuilding and recovering. I join you today on behalf of President Obama.  President Obama and the American people are committed to supporting you and your country in the long re-building process and in the difficult journey of reconciliation among all peoples.

Not only will this ensure  equal access to improved opportunities but will enable everyone to better understand what happened and why there can be no place for hatred and division in the future.

After declaring open the sports ground of the school, U.S. Ambassador to the United Nations Samantha Power took part in a game of ‘elle’ with the students.

Thereafter, she toured the Jaffna Library, where she met with members of the media in the Jaffna District who handed over a petition stating facts on the harassment they faced.

U.S. Ambassador to the United Nations, Samantha Power also stated that President’s intentions to dilute the powers of the presidency at a time where all around the world we have leaders who are trying to extend their powers and term limits, change their constitutions in order to ensure that they have more power – this is a breath of fresh of air; and it is extremely important in terms of strengthening the checks and balances in Sri Lanka.

There are a lot of difficult things that are happening around the world. Sri Lanka stands out as a place and a people who have given the world great hope and it i a country that dealt with terrorism itself and now it is dealing with the very difficult legacies of a long and arduous civil conflict. But it is putting one foot in front of the other, facing hard problems and again showing no signs of moving away from confronting the difficult issues of the past in order to help contribute to that brighter future.

So, we are watching we are rooting for you. I am here to discuss with the people of Sri Lanka what more the U.S can do in support of your efforts to reform and to become a stronger and more prosperous democracy.

Upon her arrival in the country on Saturday, the  U.S. Ambassador to United Nations Samantha Power held discussions with the Sri Lankan Foreign Affairs Minister Mangala Samaraweera on ways to strengthen the bilateral relationship between Sri Lanka and the United States.

In our meeting we discussed about working together to ensure that the people of our country benefit from these changes and from the peace and democratic dividend. 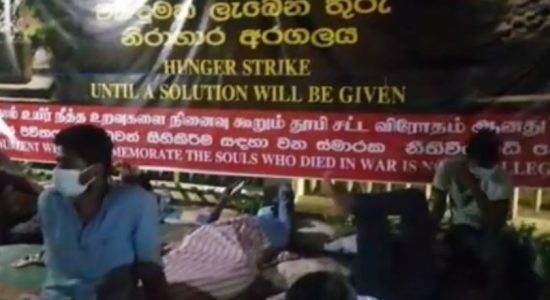