Lomu’s family express their thanks for tributes, Queen sends condolences

Lomu’s family express their thanks for tributes, Queen sends condolences

The mother of former All Blacks great Jonah Lomu was comforted by family during a news conference on Friday (November 20) where former New Zealand Coach John Hart said the family is thankful for the tributes paid.

Lomu, who revolutionized wing play to become the sport’s first global superstar, died on Wednesday (November 18) in Auckland at the age of 40, prompting a global outpouring of grief.

“Nadene (Jonah Lomu’s widow) has asked that I pass on to everyone their sincere thanks from the family for the wonderful tributes that have been paid, the support that they’ve had from around the world,” Hart told the media gathered.

Lomu’s mother, Hepi was comforted by friends and family during the news conference outside her son’s residence in Auckland.

“Today the prime minister has sent a message to Nadene (Lomu’s wife) from the Queen, who has written to the Prime Minister, specifically asking for a message to be sent to Nadene and the families to say how much she mourns their loss as well,” he said.

The family of Lomu have agreed to a public memorial service for the All Blacks great followed by a private funeral as rugby-mad New Zealand mourns the death of the 40-year-old.

Local media reported that Auckland’s Eden Park was being considered for the public memorial service, which Hart said was possible though the family were still in discussions with central and local government about what was “most appropriate”. 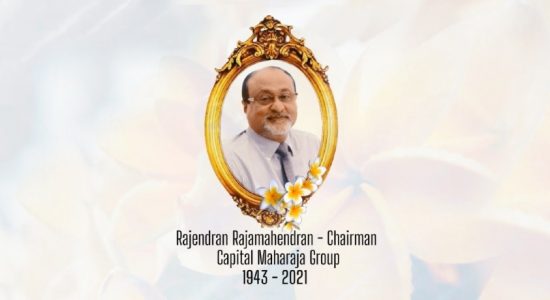 Driver falls asleep at wheel and crashes into wall at Kalutara