The committee appointed by the National Police Commission to investigate the attack on students following the Higher National Diploma in Accountancy, by police officers has completed preparing their report.

Secretary of the Commission Ariyadasa Cooray said that the report was prepared by a committee comprising three persons headed by senior Public Administration Officer C.V. Gunawardena.

He said that the report has been handed over to the Board of Directors of the Commission. It is learnt that after the report it evaluated, it will be presented at the meeting of the commission on Thursday November 19.

Meanwhile, following the meeting which is to be held on Thursday  November 19, the commission hopes to make recommendations regarding steps that could be taken in the future in order to prevent such situations arising, resulting in attacks by police.

Meanwhile, the report to be prepared by the committee appointed by the Prime Minister Ranil Wickremesinghe, to look into the incident is due to be presented within the course of the week.

Chairman of the Committee Professor Suren Batagoda said that they will hand over the report to the Prime Minister. He said that statements have been recorded from all the parties involved in the incident.

The report will include recommended steps for the government to take in relation to the syllabus of the Higher National Diploma as well as steps to be taken in order to prevent such situations cropping up.

Meanwhile, the report of the Human Rights Commission in relation to the alleged attack by policemen in order to disperse the students who were protesting, has been prepared.

The Human Rights Commissioner, Attorney-at-Law Saliya Peiris said that the report will be issued immediately.

The police attack took place on October 29, during a protest carried out opposite the University Grants Commission on Ward Place. 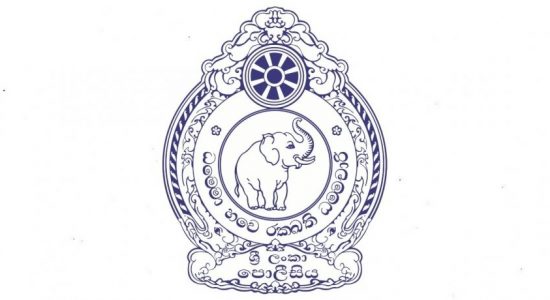