Public representatives, government officers and others were present for the meeting that took place at at the Polonnaruwa District Secretariat.

You must summon all the parliamentarians and provincial councillors from this districts to this meeting.I made a decision here today. As per that decision, the MPs and provincial ministers and the councillor must be summoned for next week’s meeting. 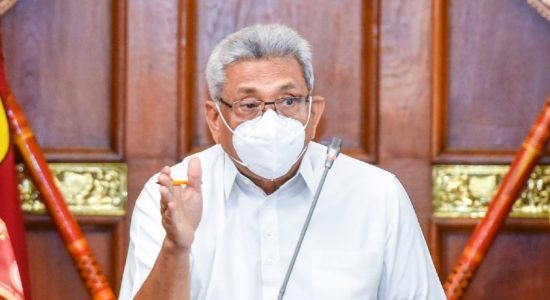