The special event was organised by the Japan – Sri Lanka Parliamentary League.

The visiting Premier was thereafter  accorded a guard of honour at the Office of the Prime Minister.

The meeting was also attended by a delegation including Ministers Ravi Karunanayake, Mangala Samaraweera and Susil Premajayantha.

The joint statement, which was released following this meeting, stated that Japan will assist Sri Lanka in the promotion of investment and trade, coorperation on the National Development Plan in Sri Lanka and National Reconciliation and Peace-building.

The statement further reads that Prime Minister Shinzo Abe expressed his gratitute for Sri lanka’s continued support for Japan’s bid for a permanent seat in the UN Security Council.

Prime Minister Abe also highlighted the visit of Motoo Noguchi in October this year as part of the contribution of Japan to Sri Lanka’s reconciliation process.

The statement also reads that both leaders agreed to make maximum use of the Public Private Joint Forum and Joint Business Co-operation Committee and spoke on  the Japanese Investment Promotion Advisor attached to the Board of Investment of Sri Lanka for the promotion of trade and investment.

Both leaders had reaffirmed that the two countries will continue to cooperate for the sustainable economic growth in Sri lanka under the Partnership for Quality Infrastructure.

The joint statement goes on to note that Prime Minister Abe had stated that Japan will provide training to approximately 1800 Sri Lankan local public officials by 2016.

The Japanese Premier also stated that Japan will continue to provide cooperation in the field of disaster risk reduction including a survey, with a view to providing a meteorological radar system.

Following the meeting, an exchange of notes for the 45 billion yen Bandaranaike International Airport Development Project phase 2 was signed by the ambassadors of both nations. 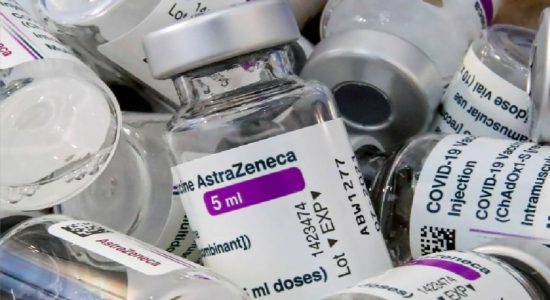