International crimes may have been committed: UN Spokesperson

International crimes may have been committed: UN Spokesperson

Shortly after the release of the OISL report in Geneva, News1st met with Ravina Shamdasani, the UN Spokesperson for the High Commissioner for Human Rights.

When questioned about the surprise move by the United Nations, even though the Sri Lankan Government was of the stance or was under the impression that it may be able to hold its own transparent domestic investigation

What our report has found is that there are serious indications that international crimes may have been committed and these are war crimes, crimes against humanity and there is a pattern of violations. We are not talking about pockets of violations but patterns and these patterns are systemic violations, they take coordination, they take resources.

These crimes need to be handled very very delicately at a very high level and we believe that this is extremely important because in Sri Lanka you have had several attempts at justice, several commissions that have been set up, and they have been a failure.

She went on to add:

Victims have lost their trust and these recommendations go to the heart of what the victims need to see  – true justice and accountability in Sri Lanka.

The changes in the past nine months have been quite laudable and the High Commissioner has commended the leadership shown by the President. However this does not change the fact that very serious crimes were committed over a space of 30 years. And we are not just talking about the last phases of the conflict, we are talking about systemic violations, that is number one and number two, there are systemic institutional reforms and changes that need to take place.

Many times in Sri Lanka’s history you have seen hope. You have seen a change in government and you have seen moves towards a better future, and then there has been a reversion back, back to the so-called white van mentality.

She went on to stated:

This time the change needs to be lasting and sustainable and this is not something that the international community is imposing upon Sri Lanka or is being dictated to them. No this is about a partnership where we will help and we will accompany the process of justice and accountability and the key word here is ‘non-recurrence’.

When questioned if this report undermines the efforts of the Sri Lankan Government in its reconciliation process she replied: ” No absolutely not.”

She added that this is far from undermining anybody’s efforts becasue this report is an attempt at engaging and an attempt, at really taking the justice and reconciliation process forward “and as I said there is a lot of skepticism on the part of the victims and again the focus has to be on the victims and not on the government.”

In the course of our research for this report, we sensed that the victims are still very afraid to speak out and there are many reasons for this. Some of them have actually faced reprisals in the past for speaking out.

When questioned as to what should the Sri Lankan government do, Ravina Shamdasani replied that what comes next is a follow-up. 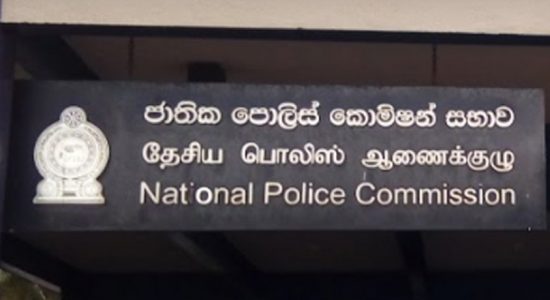