Lakshman Kadirgamar: A tribute to a lion

Lakshman Kadirgamar: A tribute to a lion

It is ten years since the cowardly assassination of one of the best loved public figures of Sri Lanka who did his motherland proud. Kadirgamar was a lawyer, scholar, statesman, gentleman and patriot.

It was Lakshman Kadirgamar who led the way to clean the tarnished image of Sri Lanka after he became the Foreign Minister. He took on the LTTE terrorists who championed its cause in the West as ‘freedom’ fighters and exposed the lies of terrorists. He led the campaign to get the LTTE banned in several countries and put a stop to many of their fund-raising activities which made him LTTE’s target No 1 at the time.

Fearless Kadirgamar told the interfering international community where to get off. He was responsible for packing off two heads of UNDP who tried to interfere in the affairs of Sri Lanka at the time. Another was warned and he decided not to cross the line and stay back.

Having had the honour of working with him closely, I remember how Kadirgamar never minced his words when talking about terrorists. When certain Sri Lankan and international journalists referred to ‘LTTE controlled areas” Kadirgamar refused to let the description stick. “Temporarily controlled areas by the LTTE’ is how he insisted on describing the areas. President Mahinda Rajapaksa proved him right in 2009, few years after the assassination of Kadirgamar.

Even when he was in the opposition many saw Lakshman Kadirgamar as the Foreign Minister because of the manner he conducted himself whilst the UNP was betraying the country with the now infamous Ceasefire Agreement (CFA) When Kadir spoke the world listened. Whenever journalists got to know that Kadirgamar was present at a press conference, there would be a scarcity of chairs in the packed hall.

It was the month of July 2005, a month before the brutal assassination of the best foreign minister we ever had and we will never have. The then government’s propaganda guns were trained on the foreign minister because he was opposed to the P-Toms through which the then government sought to share tsunami relief with the LTTE . Kadirgamar had his reasons to oppose it. Here was a man who had done so much for the country and then president Chandrika Kumaratunga and he was being attacked by the very people he had protected all those years. Dirty politics of Sri Lanka where none would be spared!

Having studied the patterns of the attacks and how and where the information and orders came to target the respected Foreign Minister, The Island decided to tell the story to the world . Because he was under attack by his own leader, the then President Chandrika Bandaranaike Kumaratunga. “Govt. propaganda guns trained on Kadir’ read the headlines of the first edition of the newspaper. The editor decided to keep the same lead for the final edition.

However, Kadirgamar came to know we were going to town when we contacted him for checking on something. He called me and said: ” Bandula, I am not trying to interfere with the newspaper. But, please don’t publish that story. It is not good and they will think that I wanted you to write the story. I may be attacked. But, I don’t need to respond to those” I tried to convince him. I told Kadirgamar that the editor wanted it carried. The respected Foreign Minister appealed again; “Please, tell Prabath that I requested it. Please ask him not to publish it.” I still remember the editor was not happy about the request. However, he couldn’t say no to the gentlemanly Foreign Minister who he had the highest respect then and even now.

Lakshman Kadirgamar’s daughter Ajita Kadirgamar will launch her book The cake that was baked at home on Wednesday 12th at the BCIS in Colombo. It is a heartwarming book which Ajita describes as ‘Snapshot of the Man’s life and Times by his daughter’ It’s a touching book written by his only daughter. A must read for everyone who loved and respected the great Lakshman Kadirgamar and for those who want to know more of him. It is vailable at Vijitha Yapa bookshops.

Foreign Minister Lakshman Kadirgamar has become the latest target of the government controlled media, The Island learns. The Government media bosses have received orders from the very top to train their propaganda guns on him with a view to ‘cutting him down’ to his size.

The Government has used the publishing house under its control to attack and vilify Kadirgamar. The article on the editorial page of a Sunday newspaper. Agitation loses firepower last week is seen as the opening volley. It said, “The media had recently highlighted certain utterances of the Foreign Minister and had tried to show that there were differences in the Government even after the JVP had left. The Foreign Minister had openly criticised the Norwegian facilitators and has called for their replacement.

One could recall how he called for Indian mediation at a Seminar in New Delhi a few months ago, embarrassing both the President and the Indian Government. It would have been more diplomatic and prudent had he expressed his personal opinion through other channels. As the Foreign Minister once told an audience in Colombo the art of diplomacy is more on keeping silent than articulating your thoughts openly. However, New Delhi based Indian diplomatic sources said the government of India was not embarrassed by the comments made by Foreign Minister Kadirgamar.

They said the minister had said it in an open forum and did not convey it officially, however, India had found his suggestion very interesting. The attacks continued yesterday with an editorial in the same paper. It read, “Unlike some Ministers and other politicians we also never fail to articulate our views on important national issues irrespective of whether it would offend those in authority or not.

We do not believe that a policy of standing on the fence would serve the people, especially at critical moments in our contemporary history”. Kadirgamar has attacked the Norwegian role on the peace process and his critics say he is yet to express his views on the P-TOMS agreement signed between the LTTE and the Government.

Negotiations are being carried out by Secretary-General of the Peace Secretariat Jayanatha Dhanapala with the advice of Kumaratunga’s advisor on the Peace Process, Ram Mannikkalingam and Kumaratunga herself.

Another article in a government-controlled Sinhala weekly yesterday has unleashed a scathing attack on the Colombo University Senior Lecturer and Board Member of the Bandaranaike Centre for International Studies, Dayan Jayatilleke: It says that Dayan has become closer to a person who is involved with the foreign policy matters of Sri Lanka and is trying to change his thinking, which is a dangerous situation. According to Lake House journalists the article had come from what they described as ‘the very top’ with the last paragraph on Mr. Kadirgamar.

When The Island contacted Deputy Media Minister Segu Izzadeen for his comments he asked the newspaper to contact him later. However, he did not pick his mobile phone thereafter. All our efforts to contact him were in vain. Sources explained the last minute withdrawal of the invitations sent by the President’s house to some invitees to the luncheon hosted in honour of former Indian Prime Minister I.K. Gujral in the light of the strained relations between the invitees and the President.

Those who were thus uninvited’ included Dayan Jayatilleke, former Ambassador and Additional Secretary to the Foreign Ministry Nanda Godage and Dr. Thusitha Tennekoon, who are all board members of the BCIS and known to be close associates of Foreign Minister Kadirgamar, who is also the Chairman of BCIS.

By Bandula Jayasekara, Courtesy : The Island 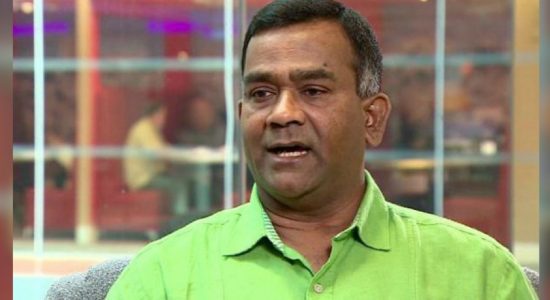