UNF Candidate of the Gampaha District Arjuna Ranatunga says that he has paid off the vehicular fee that that needs to be paid off, in order to use state-owned vehicles of ministers, for elections campaigning.

The fee of the two state-owned vehicles the minster utilises, was paid off to the Secretary to the Ministry of Ports and Naval Service, L.P Jayampathi.

The minister later addressed the media. He said:

We are in need of a different political culture in this country. Therefore, I decided to pay off the fees that need to be paid for using the two state-owned vehicles. I also  need to mention that 580 employees were released from duty to work for former president Mahinda Rajapaksa during the presidential election.

He added that as a result, this institute incurred a loss of Rs.41.1 million. He said:

This Ministry or the Ports Authority has not employed any of its employees for this purpose. We decided to do this to safeguard the trust the people have placed in us and as a stepping stone, before we take over after August 17. 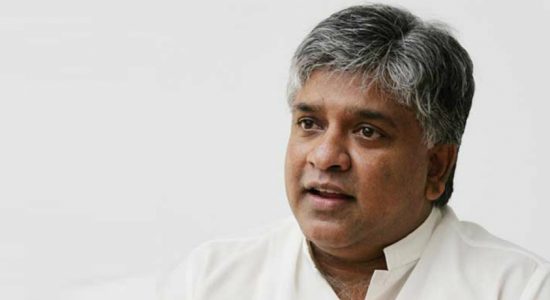 Water supply to several areas in Gamapaha to be suspended

Water supply to several areas in Gamapaha to halt