The election manifesto of the JVP was launched on Wednesday. Front line leaders of the JVP, professionals representing various fields and many others attended the convention.

A song composed by the JVP for the elections was also unveiled. The Accord of Conscience a collective of ideas and proposals from organisations, individuals and experts from various fields contains five key points.

The key points in the accord are: people-friendly rule, high standard human resources, a modernised and industrialised country, a just society and an a liberal citizen.

Under the point of a people-friendly rule, attention has been drawn towards state components, state power and state operations. The JVP had also drawn its attention towards many other proposals including fundamental rights, national security, national unity and foreign policy.

Education and health have been addressed under the key point of high standard human resources. The JVP has also focused its attention on water, food, nutrition, healthcare, sports and fitness and science and technology.

Under the key point of a just society, the JVP underlines the importance of fundamental human rights, the judiciary and the prevention of waste, corruption and fraud.

Leader of the JVP Anura Kumara Dissanayake added that some question what will happen to the investments when they are elected. He said they will call for investments in accordance with the economy and build the country. He added if everyone comes together, the production and services of the country can be taken forward and a portion of the world production and services with the next five years can be sought.

He added the country needs to me moulded and assured the people that all 360,000 who enter Grade 1 will receive an education and will be provided with employment opportunities upon the completion of their education.

He further noted that the JVP government would take responsibility for providing a house to all married couples and would also give priority to ensuring the health service meets requirements to allow healthy lifestyles. He added they would also create a judicial system where everyone’s cases will be proceeded with in an efficient manner and that the state governance mechanism would be made more efficient.

Dissanayake added that nothing was done over the past 67 years and if they will never correct themselves, when they have failed to build national reconciliation and national unity and that they are spreading nationalist sentiments to gain power.

The JVP leader went on to further note that the JVP does not follow the international extortion policy and the JVP will have a foreign policy that will place Sri Lanka in a high position in the international arenas well as focus on building a modern society.

General Secretary of the JVP Tilvin Silva added that all those who wanted to remain in power by force across the world have been given their due place by the people — in a dustbin. He said therefore anyone trying come back by force will meet that end, adding this was witnessed in Sri Lanka on Jan. 8, 2015.

Silva added they are aware that a majority of leaders of political parties, especially those who were in power, are good actors who will smile for the camera and, of late, use profanity on people. He said leaders of the past are those who looked away from the people but that the JVP would risk their lives to protect the trust the public has placed in them. 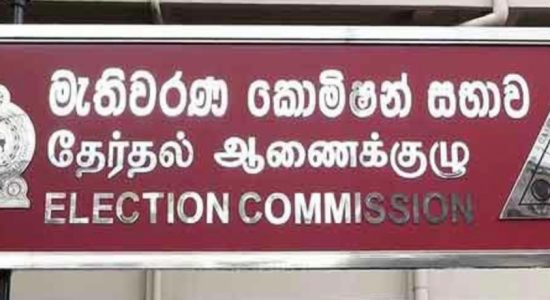