Allowing rejected people to be leaders is against people’s aspirations: CBK

Allowing rejected people to be leaders is against people’s aspirations: CBK

Former President Chandrika Bandaranaike Kumaratunga distributed dry rations in Negombo on July 1 to mark her 70th birthday, and she stated that allowing the rejected to reach a leadership level is going against the aspirations of the people.

The former president said that a struggle was launched to get that legacy back on to the correct path and that if the law is implemented properly, persons who are asking for the position of Prime Minister needs to be put in prison. She said however that it if they are allowed to reach leadership level, it will be similar to destroying the aspirations of the people.

Bandaranaike Kumaratunga added that even if a king commits a wrong deed, he needs to be sent home and he needs to go home and be silent, and not become blood sucking leeches in politics. She said that the party has not decided to nominate Mahinda Rajapaksa. She also noted that the former leader can make statement but no one takes notice and the party is of a separate stance. 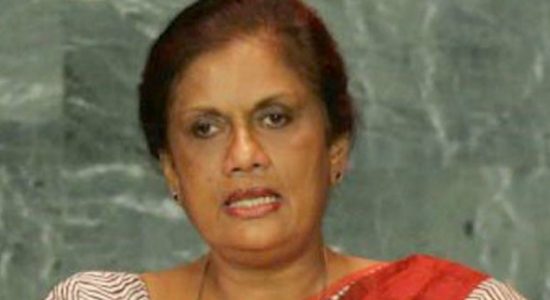