Four people died after falling in to a pit-latrine in the Parape area in Rambukkana.

Three persons had climbed down the pit-latrine in a bid to rescue the woman. However, according to eye-witness accounts,  they had fallen into the well in an unconscious state.

An eye-witness stated that it was around 9 in the morning when the woman fell in first. Hearing her screams, those who were in the shop had rushed to the rescue and when they had climbed down one by one – they had fallen into the pit-latrine in a state of  unconsciousness. It has been revealed that a toxic gas had caused this situation.

The first victim, thirty-four-year-old Nirupama Harshani Kumara, was a mother of three. Her youngest is one year old. He brother-in-law , a forty-four-year-old married man who went to her rescue also died as a result of the toxic gas. The other victims were neighbours. They were aged 54 and 41 years, both fathers of two children.

Dr. Sampath Seneviratne, Senior Lecturer at the University of Colombo, noted that Methane gas may be  the main reason. He stated that it has no specific ordour or color. And thus it is impossible to definitely say it is  methane gas  as along with methane gas, there will be hydrogen sulphide gas. He went on to note that the hydrogen sulphide gas has an ordour and what methane gas does is reduce the oxygen molecules in the air and then a person will choke without air.

The bodies have been directed to the Kegalle JMO for further study. 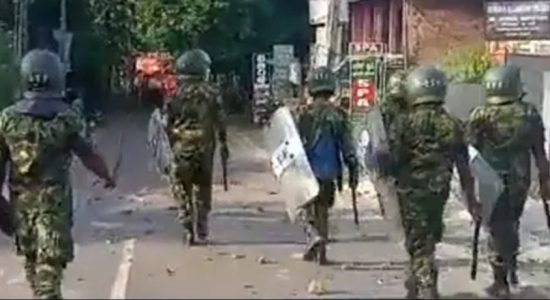