Issuing a statement on Sunday (May 17th) Ocean View Development Company Private Limited, claimed that a financial irregularity had occurred via the company, during the tenure of Wimal Weerawansa when he served as the Minister of Housing.

The company alleges that 14 million rupees was misappropriated for the printing of diaries and calendars, without following an acceptable institutional procedure.

The Company also alleges that a sum of Rs. 71 million had been misappropriated in selling six luxury houses constructed by the Company in Mattegoda and Kahatuduwa. The Company claims that those houses have been given to close relatives of former Minister Wimal Weerawansa at a very low estimation.

Ocean View Development Private Limited also alleges that annual wages amounting to more than 6 million rupees was paid to 12 people recruited to the company and that they were in fact carrying out Weerawansa’s political activities on a full time basis.

Furthermore the company states that following the appointment of the new government, the residents of these houses had provided the company with affidavits stating that they are unable to pay rent in terms of the real estimation of the value of these houses.

In its statement, Ocean View Development poses three questions to the Minister.

Is the group who received homes at the luxury housing schemes in Mattegoda and Kahatuduwa related to the Minister?

Is the Minister not involved in the misappropriation of 14 million rupees for the printing of diaries and calendars in the run up to the presidential election?

Was a group of persons maintained with wages of more than 60 million rupees per annum at public cost? 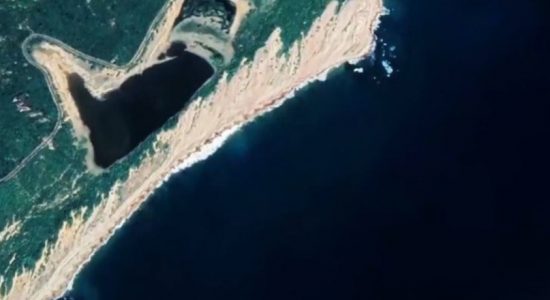