A passenger who allegedly attempted to smuggle foreign currency out of the country was arrested at the Katunayake airport.

Customs Media Spokesperson, Director of the Customs Legal division Leslie Gamini said that the suspect, a thirty-nine-year-old Sri Lankan National, was attempting to smuggle foreign currency in a flight bound to Doha.

Gamini added that, with this incident, seventeen alleged attempts to smuggle foreign currency have so far been reported this year and more than Rs.100 million worth of foreign currency were confiscated. 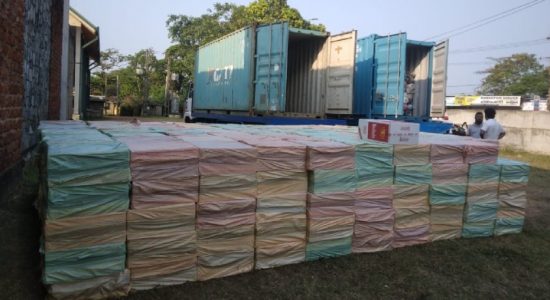