The Sri Lanka Army which has responded to the disaster in Nepal commenced their relief work in the midst of heavy rains.

News 1st was able to contact Major General Maithri Dias who is heading the Sri Lankan relief effort in Nepal.

Meanwhile, another group of Sri Lankans, including students, who were stranded in Nepal reached the country on the morning of Tuesday, April 28.

Forty two (42) persons including Sri Lankan students from the Manipal College of Medical Sciences in Nepal and the Under 14 Girls Football team who were taking part in the AFC Under 14 Championships reached the country on Tuesday, April 28. 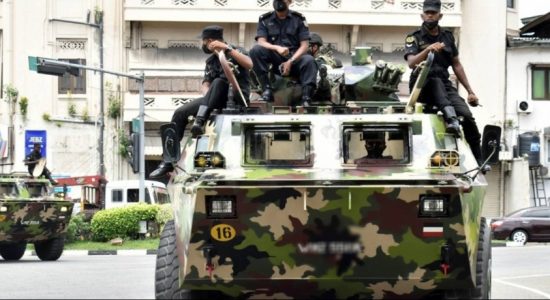