According to police reports, seven individuals have died in road accidents reported from several areas in the country. The accidents had occurred in Ratnapura, Gampola, Kotadeniyawa, Deniyaya, Kosgama and Balangoda areas.

An eighteen-year-old died in an accident that occurred when a three-wheeler and motorcycle collided on a road located near a girls school in Ratnapura. The individual was a resident of Dharmapala mawatha in Ratnapura.

Meanwhile, a 42-year-old died in another accident which occurred on the Galle – Colombo road. A woman travelling in a three wheeler that collided onto a bus was admitted to the Balapitiya Hospital with injuries.

A 21-year-old died and three others were injured in an accident involving a lorry and three-wheeler, that occurred on the Gampola – Nawalapitya road in the Mariyawatta area last on the evening of Saturday April 11. The deceased was a resident of Athagala in Gampola.

An individual was killed  and another injured on the Meerigama – Diwulapitiya road in the Kitulwala area. The injured has been admitted to hospital.

Meanwhile, a 23-year-old died in an accident between a lorry and three wheeler on the Ratnapura – Colombo road. Four others who sustained injuries are receiving treatment at the Avissawella Hospital. 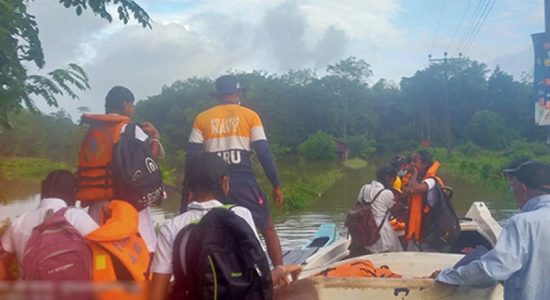