A landslide warning has been issued for the Kandy, Kegalle, Ratnapura, Badulla, Matale and Nuwara Eliya Districts owing to the prevailing rainy weather conditions.

Meanwhile, the Department of Irrigation says that the spill gates of twenty one reservoirs have been opened. An earth slip took place on the Bahirawakanda road in Kandy, early Wednesday morning.

According to our correspondent, an earth embankment nearly 40 feet high, had collapsed onto the road. The earth slip put around 40 families at risk and forced them out of their homes and onto the Kandy – Peradeniya road.

Our correspondent said that over 300 people spent the night on the main road. News1st toured the area and witnessed cracks on the walls of the houses. Officials of the National Building Research Organisation arrived at the scene to inspect the area.

Meanwhile, members of 33 families in the No.03 area of the Opatha Estate in Kahawatte were evacuated to safer locations due to the risk of landslides.

The Gaalthenna – Ratey Mulla road in Kandy was obstructed on Wednesday morning due to an earth slip. According to our correspondent, the upcountry railway service was hampered for several hours following an earth slip in the Kithelella area in Ella.

A child is missing following a flash flood which hit the Poppitiya area in Ududumbara.

Police said that the child was caught in the flash flood in the Gedara Oya area while returning home with his father after they participated in decorating a hall for a school concert. The missing child has been identified as a six year old, the father who was also a victim in the flash flood, was rescued.

Police said that the Ududumbara Police are carrying out operations to find the missing child. 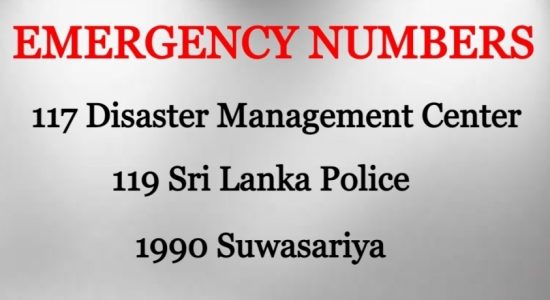