Janaka Bandara speaks in Parliament – says he is “disappointed”

Janaka Bandara speaks in Parliament – says he is “disappointed”

Minister Janaka Bandara Tennakoon expressed his disappointment with regard to certain actions by the government in Parliament.

He expressed these views at the debate on the expenditure heads of the Ministry of Land and Land Development in Parliament on Friday.

[quote]A deputy Minister from Matale took photos and made a cover of him distributing land deeds, without informing the Ministry. This is the truth. I made a complaint to the President with regard to this matter. The President said that he will address this problem and come to a decision, but up to date he has not given a decision. The problem here is that the people who deal with ethanol and drugs have entered Parliament and this is where the deterioration started. I am truly saddened that we are made to live in such a political era.[/quote] 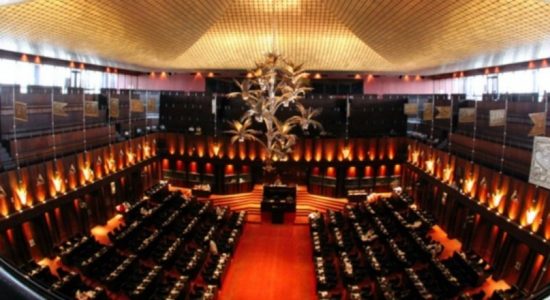