Anuradhapura girls – latest victims of rising deaths due to accidents

Anuradhapura girls – latest victims of rising deaths due to accidents

Eight people were injured on Sunday when a bowser veered off the road and crashed into a bus stop in the Anuradhapura town. Police say that two girls who were among the injured, succumbed to their injuries late Sunday evening. The two young girls were from Galnewa and Wilachchiya.

The bowser was a privately owned vehicle which had been acquired by the army.

It was driven by a Lance Corporal based at the Tisawewa Army Camp. Investigations had revealed that the officer was allegedly under the influence of alchohol when the accident occurred.

Inspite of numerous measures taken over the recent past, road accidents continue to plague Sri Lanka. This morning, we received a report of an accident in Kurunegala which claimed the lives of four people.

The accident occurred on Sunday morning in the Thiththawela area on the Kurunegala – Puttalam main road,  when a tipper collided with a car. Eyewitnesses say the car had collided head on with the tipper, while attempting to overtake a bus.

Six people had been travelling in the car when the accident occurred. Three people who sustained serious injuries were admitted to the Kurunegala Teaching Hospital where one of the victims succumbed to their injuries on Sunday evening.

Police say the deceased were residents of Horana, Balangoda and Ganemulla. Chandana Pushpakumara, a resident of Ilimba in Horana, was one of the victims.

The thirty-nine-year-old was a father of two children, Nilantha Jayawardane from Ganemulla, was also killed in the collision. Our reporter says the thirty-four-year-old was a bachelor. Another accident was reported from the Thiththawella area on Sunday night.

Police say the accident occurred when the driver lost control of the speeding car, which veered off the road and crashed. A thirty-nine-year -old man from Boyagane, Kurunegala was killed in the accident. The National Council for Road Safety says that 700 people have been killed on pedestrian crossings so far this year. 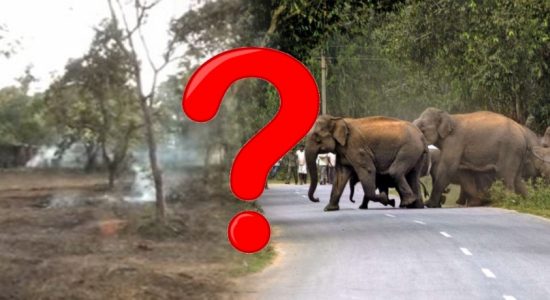