Search for missing in Koslanda landslide comes to an end

Search for missing in Koslanda landslide comes to an end

The search operation at the site of the devastating landslide in Meeriyabedda, Koslanda, ended on Monday morning. Minister of Disaster Management Mahinda Amaraweera said that the number of persons who went missing as a result of the landslide stands at 37.

“Thirteen bodies have been recovered so far. There is more to the final report. With the number of persons victimised by the landslide at 37, a total of 27 persons have been deemed “missing”. We have decided to establish a memorial at the location and declare the area a reserve.”

Commander of Security Forces , Central, Major General Mano Perera, who was coordinating the search operation said that steps have been taken to subject the armed forces who were involved in the search and recovery operation to a medical check up.

Major General Mano Perera said that the construction work on the dilapidated Poonagala – Koslanda road will conclude on Monday.Individuals who have been displaced after losing their houses to the landslide renewed request for houses. Minister of Disaster Management says that suitable land has been found in the Ampitikanda area.

“We have decided to build 57 houses in the first phase of the project. It has been reported that there are 29 persons more. We wont just idle around, we will grant them money and pieces of land to build houses. I have given instruction to start constructing the destroyed Kovil and the milk factory over the next two weeks. The construction will get underway with the assistance of the army personnel.” 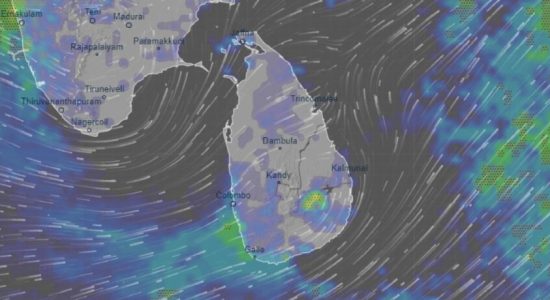