Genevagate Controversy: Will take steps to hand over this report to CID – JVP

Genevagate Controversy: Will take steps to hand over this report to CID – JVP

The Janatha Vimukthi Peramuna has resolved to adopt an alternate course of action, in the face of the silence maintained by the authorities over the Genevagate controversy.

Speaking in this regard, JVP Councillor of the North Central PC, Wasantha Samarasinghe said,

[quote]The document obtained by Thurairajah, has come to the Ministry of External Affairs, and the Minister brings this document to parliament and tables it in an attempt to whitewash Thurairajah and absolve him of any affiliation with the LTTE. This is a serious matter. If the Ministry of External Affairs, intervened to obtain this document, we have called on Minister G.L. Peiris already to immediately produce the letter sent by the Ministry to the Swiss Federal Police. Produce the letter reportedly sent by the missions requesting this clarification. Since he has opted to produce the document obtained by Thurairajah and whitewash him instead of doing anything else, it is a very serious matter. This audit reports speaks of an 18 million rupee fraud. It alleges affiliations with the LTTE. We will take steps to hand over this report to the Criminal Investigations Department next week. Not only will we submit this report, we will also call on the CID to investigate how Minister G.L. Peiris came by this document that could only be procured by Thurairajah and how he brought this to parliament.[/quote]

Speaking to News1st on Friday, Pierre Bayenet, a prominent Swiss lawyer, informed us that the document tabled by Minister of External Affairs, Professor G.L. Peiris in Parliament recently, claiming that the individual known as P.T. Thurairajah has no affiliation with the LTTE, would not contain any information on ongoing investigations into Thurairajah. 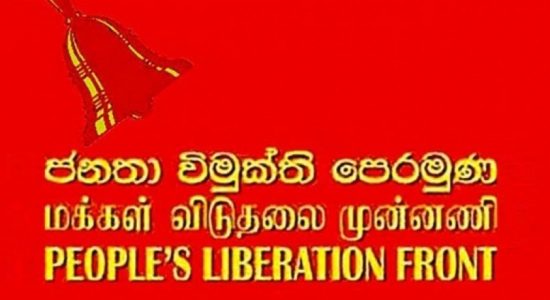