Thomas Eric Duncan, 42, the patient with the first case of Ebola diagnosed in the United States and the Liberian man at the center of a widening public health scare, died in isolation at a hospital here Thursday, hospital authorities said.

Duncan died at 7:51 a.m. at Texas Health Presbyterian Hospital, more than a week after the virus was detected in him Sept. 30. His condition had worsened in recent days to critical from serious as medical personnel worked to support his fluid and electrolyte levels, crucial to recovery in a disease that causes bleeding, vomiting and diarrhea.

Duncan was also treated with an experimental antiviral drug, brincidofovir, after the Food and Drug Administration approved its use on an emergency basis.

After he arrived at the Dallas/Fort Worth International Airport on Sept. 20, Duncan set off a chain of events that raised questions about health officials’ preparedness to detect and contain the deadly virus. His case spread fear and anxiety among those he encountered, however briefly, and turned the places, vehicles and items he touched into biohazardous sites that were decontaminated, dismantled, stored or, in some cases, incinerated.

Duncan went to the airport in Liberia on Sept. 19 for his flight to the United States, landed in Dallas the next day and first went to the emergency room at Texas Health Presbyterian Hospital feeling ill Sept. 25. He was released by the hospital, which had failed to view him as a potential Ebola case for reasons that remain unclear. He returned there and was admitted Sept. 28 after his condition worsened.

Duncan spent nearly two decades separated from the woman he had traveled to Dallas to be with, Louise Troh, 54, with whom he had a son. The couple were apparently rekindling their relationship. Yet in the last days of Duncan’s life, Duncan and Troh remained more apart than together.

Each had been quarantined because of the risk of spreading Ebola, Duncan in virtually his own hospital ward and Troh in a four-bedroom home on a remote property that state health officials prohibited her, her 13-year-old son and two others from leaving, under threat of prosecution.

Duncan had been a driver at a cargo company in Monrovia, the Liberian capital, living alone in a small room he rented from the parents of Marthalene Williams, 19. A simple act of kindness probably exposed him to the virus that has killed more than 3,000 people in West Africa. In Monrovia, neighbors and Williams’ parents said Duncan helped the family take Williams to and from a hospital on Sept. 15, shortly before she died of Ebola. Some of the men and women who had direct contact with Williams, and who were also in contact with Duncan, have also died, including Williams’ brother, Sonny Boy Williams, 21.

Duncan helped carry her while she was sick with the virus and convulsing. The disease is contagious only if the infected person is experiencing active symptoms.

Local, state and federal officials have expressed confidence that they have been able to limit the spread of the disease in Dallas and said that none of the people they were monitoring had shown any symptoms of Ebola.

Officials are monitoring 48 people in the Dallas area, most of whom have not been quarantined but are instead staying home while they are under observation. Ten of those are considered high risk, including seven health care workers and three relatives and community members who had contact with Duncan. The other 38 are considered low risk, and include people who may or may not have had direct or indirect contact with Duncan.

One of those 38 is Michael Lively, a homeless man who rode in the ambulance that took Duncan to the hospital after the vehicle dropped Duncan off but before it was taken out of service and disinfected.

Lively briefly disappeared Sunday before he was found by law enforcement officers, an indication of the unease being felt by some of those being monitored. 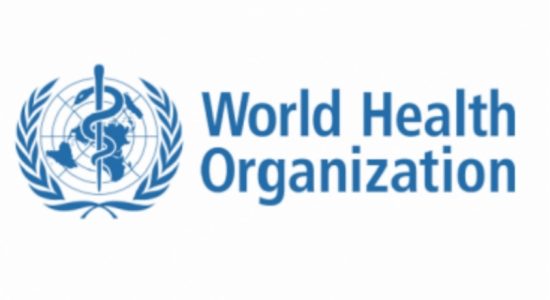