In politics, the combination of beauty and intelligence is very rare but Jayalalithaa is a perfect combination of the two. She is beautiful as well as knowledgeable.

It is said that Jayalalithaa was the first heroine to appear in skirts in Tamil films but that was just one part of her persona. The other part was that of a brilliant student who was deeply interested in studies.

Despite  her obsession with films and acting in her younger days, she has always been a voracious reader. It is said that she used to carry books during shooting of films and used to read then in between shots.

From a gorgeous film star, she went on to become the Chief Minister of Tamil Nadu due to the sheer strength, determination and hard work. She was confronted with many bottlenecks but  managed to overcome all the roadblocks.

Jayalalithaa, was born in a Brahmin family on February 24, 1948 in Mandya district of the then  Mysore State (now Karnataka).

Jayalalitha lost her father when she was just two years old. Her mother, who was devastated by her husband’s death, moved to Bangalore together with her little daughter Jayalalithaa to where her parents lived.

Jayalalithaa studied at Bishop Cotton Girls’ School, Bangalore and Sacred Heart Matriculation School, Chennai. As Jayalalithaa was very good in studies, she was offered government scholarship for further studies but it seems she declined the offer as the financial position of her family was getting worse from bad, and she decided to join films.

Owing to their poor financial condition, Jayalalithaa’s mother encouraged her to work in films while she was still in school. Jayalalithaa acted in an English language film, Epistle released in 1961. The film was produced by Shankar Giri, son of former President of India Dr V.V/  Giri.

At the age of 15, she made her debut in Kannada films with Chinnada Gombe that was released in 1964. The film became a big hit.

In 1965, she made debut in Tamil Cinema with a role in Vennira Aadai. In 1966, she made her debut in Telugu cinema with the film Manushulu Mamathalu.

Jayalalithaa also tried her luck in Bollywood and acted in a few Hindi films that included Izzat in which she was paired with Dharmendra.

M G Ramachandran became her mentor  not only in film industry but also in her personal and political life. MGR had already joined politics and had become CM of Tamil Nadu in 1977. He started to groom Jayalalithaa in politics and made her the propaganda secretary of the party.

Impressed with Jayalalithaa’s fluency in English, MGR sent her to Rajya Sabha and that was the beginning of a very rewarding political career for Jayalalithaa.

It is said that Jayalalithaa’s meteoric rise made her enemy of many senior leaders of MGR’s party and their machinations resulted in widening rift between Jayalalithaa and MGR.

After the death of MGR in 1987, his party AIADMK split into two factions – one section supporting his widow, Janaki Ramachandran, and the other favouring Jayalalithaa.

Jayalalithaa emerged as the political heir to MGR and was elected to the Tamil Nadu legislative assembly in 1989 and became the first women leader of opposition in Tamil Nadu.

In 1991, she joined hands with Congress for assembly elections, in the aftermath of Rajiv gandhi’s assassination and became the Chief Minister oF tanil Nadu. She lost power in 1996. She became Chief Minister again in 2001 and in 2011.

It is interesting to note that in 1997, Jayalalithaa vowed not to wear any jewelry after  the DMK government confiscated all her jewellery during investigation into cases relating to owning disproportionate assets.

Things recovered from Jayalalithaa’s house after the  raid included 750 pairs of footwear, 800 kilogrammes of silver, 28 kilogrammes of  gold, 10,500 sarees, 91 watches and 44 air conditioners.

For fourteen years, Jayalalithaa did not wear any jewelry. She wore it once again in 2011 only after storming back to power. She said she was forced to wear them by her party’s workers and she had to respect their sentiments.

The story of Jayalalithaa and her friend Sasikala is an equally engrossing story of two ladies whose names became hyphenated. Nobody could ever think of either of them in isolation.

This story is full of love, affection, commitment, emotional blackmail and betrayal. A complete package for any Bollywood blockbuster.

Here we are talking about Tamil Nadu Chief Minister Jayalaithaa and her alter ego Sasikala Natarajan.

The world was shocked when news broke out that Jayalalitha had expelled her companion for more than two decades Sasikala Natarajan from the party and had asked her relatives to move out of her residence where they were staying for years as family members.

So what was the real story? Why did the relationship of around three decades  sour – so much that Jaya had to expel her most trusted lieutenant and soul sister Sasikala?

Let’s go back to the time when Sasikala was a frustrated housewife who was fond of movies and always dreamt of living like superstars.

Her husband R Natarajan  was working as a Public Relations Officer in Tamil Nadu government  on temporary basis. He was working closely with the then District Collector of Cuddalore V S Chandralekha, IAS, who in turn was very close to the then Tamil Nadu Chief Minister  M G Ramachandran.

MGR was very close to his co-star Jayalalithaa and was seen as grooming her as his political heir. Impressed with Jayalalithaa’s crowd pulling capabilities, MGR appointed Jayalalithaa as propaganda secretary of his party AIADMK .

As Sasikala was interested in films, she chose the business of video renting in order to earn some more bucks. She also bought a video camera and started shooting marriages in her locality.

That was the time when she urged her husband to speak to the  IAS officer for shooting a video film of Jayalalithaa. The IAS officer Chandralekha was obliged to Sasikala because she had agreed to look after her son Abhijeet.

Chandralekha introduced Sasikala to Jayalalithaa and the two ladies struck an instant rapport. The rest, as we say, is history.

Over a period of time, Sasikala became the most trusted companion of Jayalalithaa and stood by her in good times as well as bad times.

MGR’s death in 1987 left Jayalithaa distraught. She was literally manhandled by the supporters of MGR’s wife Janaki. An astute Jayalalithaa took advantage of her public humiliation and presented herself as a victim of high handedness of Janaki who became Chief Minister of Tamil Nadu after MGR’s demise for a brief period.

Jayalalithaa succeeded in creating her own coterie in AIADMK and Janaki lost the vote of no-confidence motion brought against her by Jayalalithaa’s supporters. Jayalalithaa was now the political heir of MGR.

In 1991, Jayalalithaa swept the assembly elections in Tamil Nadu and became the CM. With the ascendance of Jayalaithaa, Sasikala became powerful too. In fact, she became more powerful than Jayalalithaa, so much so that the ministers started taking orders directly from her.

It was said that Jayalalithaa was always surrounded by family members of Sasikala referred to as ‘Mannargudi Mafia’ by the maverick Subramaniyan swamy. The epithet related to ‘Mannargudi’, the place where Sasikala was born.

It is said that when Sasikala had first moved in with Jayalalithaa  in 1989, she had brought 40 servants from Mannargudi to Poes Garden to run Jayalalithaa’s house. All maids, cooks, security men, drivers and messengers at Poes Garden were hired from Sasikala’s hometown.

Sasikala helped all her family members and her family became very rich by 1996. The stories of money-making through wrongful means by Sasikala’s family members spread across the state, rather the entire country and it was one of the main reasons for the defeat of Jayalalithaa’s party AIADMK in the 1996 elections.

Jayalalithaa’s time changed for good once again in 1998 when AIADMK came to power at the Centre as part of Vajpayee led NDA.

NDA’s troubleshooters like Pramod Mahajan and Brajesh Mishra started cultivating Sasikala and her ‘Mannargudi Mafia’ but it is said that even someone like Pramod Mahajan found it difficult to deal with Sasikala’s family which had enormous lust for money.

Mahajan started ignoring Sasikala and her family but it proved disastrous as Sasikala joined hands with Congress whose leader Sonia was sending her feelers.

Sasikala facilitated the tea party of 1999 at the Hotel Ashoka in Delhi attended by both Sonia and Jayalalithaa and hosted by Subramanian Swamy who was angry with Vajpayee who had refused to make him a Cabinet Minister. That tea party was termed “a political earthquake”.

Through all these ‘ups and downs’ in Jayalalithaa’s career, Sasikala stood by her.

In 2011, Jayalalithaa once again rode back to power and that was the time when Sasikala’s infamous ‘Mannargudi Mafia’ started planning for the anointment of Sasikala as Tamil Nadu CM.

In 1972, Jayalalithaa acted in Pattikada Pattanama opposite Sivaji Ganesan, which went onto win the National Film Award for Best Feature Film in Tamil in 1973. She also got  Filmfare Award for Best Actress for the same film.

They thought Jayalalithaa would go to jail in her disproportionate assets case in a Bangalore court and that would be time for catapulting Sasikala on to the hot seat.

In the meantime,  Jayalaithaa’s good friend Narendra Modi, the Gujarat Chief Minister, alerted her about the Mannargudi Mafia and told her that investors were leaving Tamil Nadu because of monetary demands from Sasikala and her family.

Another tip-off that Jayalalithaa received talked about the suspected poisoning of the Chief Minister.

An alarmed Jayalalithaa, it is said, went to a doctor for her medical tests without informing Sasikala. Her tests revealed that she was being given sedatives and chemical substances that had small quantities of arsenic.

As the story goes, her nurse at home had been appointed by Sasikala, and served the chief minister fruits and medicines at regular intervals.
That was the time when Jayalaithaa’s patience was over.  She also got to know about the Bangalore meeting attended by Sasikala’s relatives where they discussed the succession plan in case Jayalalithaa was incarcerated.

On 17 December, 2011, Jayalalithaa asked the Mannargudi clan to pack up and leave her house.Even Sasikala was expelled from party. Some of her family members were even put behind jail for making money through illegal means.

The decades old friendship came to an end. It was a tragic end to a relationship that was unparalleled in Indian politics.
But it could not last for long. Jayalaithaa reinducted Sasikala in March 2012 after she publicly distanced herself from her family members and said that she was totally unaware of any conspiracy that her family members may have hatched.

It still remains a mystery as to why does Jayalalithaa look so helplessly dependent on Sasikala. Why has she forgiven Sasikala even after the attempt on her life that prima-facie looked the handiwork of  Mannargudi Mafia?

The final word is yet to be heard in this Chennai potboiler. 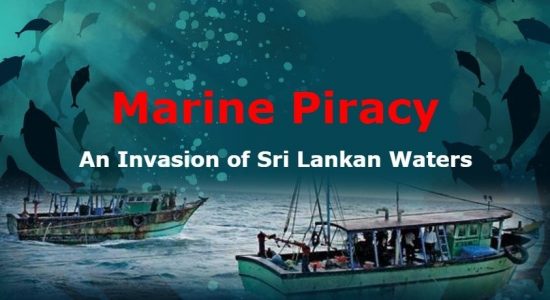 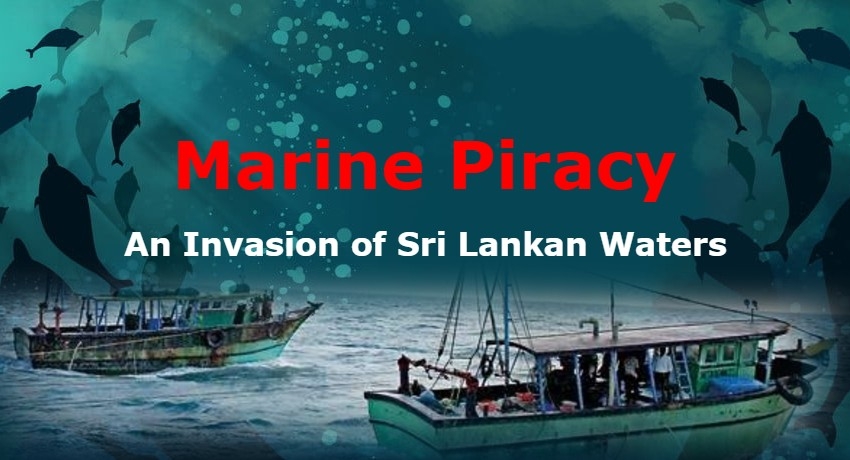