Police said that measures are being taken to obtain the footage.

Moneragala Pradeshiya Sabha Member Sanath Piyapema was spotted in front of the Moneragala Hospital Complex on September 3,with a sword in hand.

The footage of him with a sword in hand has already been viewed by many worldwide.

Two (2) days after the incident, when News1st made inquiries from the Police Media Spokesperson in this regard, he said that an investigation has been launched.

Three days after the incident, News1st met with the Pradeshiya Sabha Member in Moneragala.

After News1st inquired from Sanath Piyepema in this regard, he said:

[quote]This is not a sword. This is the knife used to cut up fish. I keep this for my personal safety.[/quote]

On September 3, we also spoke to Ramesh Kumara Silva, the individual who was threatened by the Pradeshiya Sabha Member.

[quote]He crossed to the other side of the road and came towards me with a sword and threatened me.[/quote]

The police notes that as there is no complaint, they cannot take any action regarding the Pradeshiya Sabha Member. It is the view of legal experts that it is illegal to act in a manner that harms the public – in public places with a weapon.

If politicians or any other individual acts in a manner that disturbs the public – in an area where an election is to be held – how can the doubts that loom in the minds of the general public regarding the law of the country, be stopped? 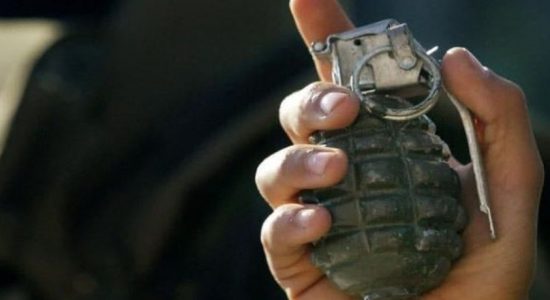 1958 tanks across island abandoned; enough to supply water during droughts