Zimbabwe recorded an emphatic three-wicket victory over Australia in match number four of the triangular series which was played in Harare on Sunday.

Incidentally, this is the first time Zimbabwe has beat Australia since 1983. Winning the toss and electing to bat first , Australia opened the innings with Aaron Finch and Philip Hughes.

Finch was the first wicket to fall having made only 11 runs. Captain Michael Clarke top scored for the team with an unbeaten 68. Brad Haddin and Mitchell Starc chipped in with 49 and 26 runs respectively.

Australia posted 209 runs for the loss of 9 wickets in their allotted 50 overs. Prosper Utseya , Donald Tiripano and Sean Williams bagged two wickets each for Zimbabwe.

Chasing their target the Zimbabweans looked comfortable but were also losing wickets at regular intervals.

Sikander Raza was the first wicket to fall for Zimababwe as they lost the opener for 22 runs off the bowling of Nathan Lyon.. He was followed shortly afterwards by Tino Mawoyo whose stumps were rattled by Lyon.

Hamilton Masakadza and Brendan Taylor carried Zimbabwe over the 100 mark but they were both dismissed shortly afterwards by Mitchell Starc and Lyon respectively. Sean Williams became Lyon’s fourth victim having scored only four runs. Elton Chigumbura and Malcolm Waller held the fort until Waller was caught and bowled by Glenn Maxwell on 11.

Donald Tiripano fell shortly afterwards to Starc having made only three runs. Chigumbura and Propser Utseya then steeled themselves to take Zimbabwe to victory with a 6 as jubilation erupted in the stands and the dressing room. 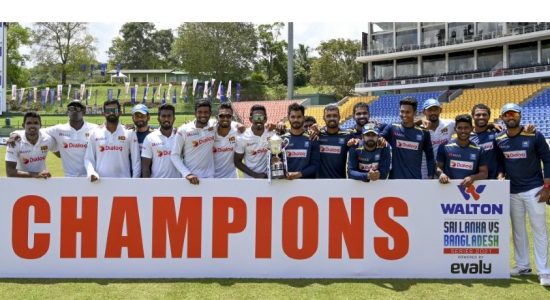