Angela Merkel got an unexpected and somewhat awkward 60th birthday gift when a German reporter serenaded her with “Happy Birthday” in the usually staid surroundings of a Brussels press conference.

Udo von Kampen of ZDF television tried to lead his colleagues in a chorus of the song, but no one else joined in, and he was left to stumble his way through the entire song alone in a mixture of English and German

The cameras remained on Merkel throughout as she sat listening, an uncomfortable smile frozen on her face.

In his blog for Spiegel, columnist Sascha Lobo described it as “a smile with which one could break up a medium-thick marble grave slab”.

The whole incident was “further proof of Groucho Marx’s theory that one of the three thinnest books in the world is A Thousand Years of German Humour”, the columnist said. 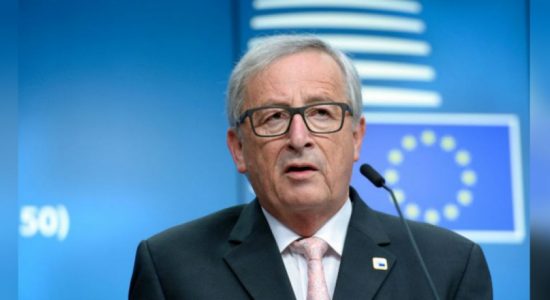 2017 A/L qualifiers to be enrolled at Rajarata University only in 2020?