Officers of the Police Narcotics Bureau had inspected a suspicious van in the Madiwela area.

During the search, officers discovered nine kilogrammes of heroin packed in nine parcels. The arrested suspect is a resident of Mirihana, Nugegoda.

Police say that the seizure of the stash of heroin was the result of broad investigations that were initiated after the Police Special Task Force seized 85 kilogrammes of heroin in an operation conducted on June 12.

“No person is able to have a monopoly on the illegal drug trade in Sri Lanka at present. We have dismantled that network completely. In this time frame we have arrested twelve people who are connected to the international drug smuggling network. With regard to this incident, we have arrested six people, including the individual arrested last night. The two chief suspects in Sri Lanka’s illegal drug network are Gampola Idanelage Samantha Kumara alias Wele Suda and Mohammed Siddique. We have dismantled their network by about 70 percent.”

The following questions were raised at the media briefing.

Q : Two hundred and sixty two (262) kilogrammes were seized previously and that number reduced? Will this reduce in weight too after it is produced in court?

A: There could be a reduction during laboratory analysis.

Q: This happened in August 2013. We are yet to see punishment being meted out.

A: This takes time. Most defendants do not plead guilty. Therefore a trial is held. A trial in our country takes two to three years to conclude at the very least.

Q: Is there any political influence behind this network?

A: With regard to this incident, there has been no such revelation as yet. The IGP issued a circular on the 21st of last month to establish intelligence units at the divisional level.

Journalists also posed questions regarding the progress that has been made in arresting the two chief drug smugglers.

Ajith Rohana speaking in this regard, said “They live in places in Pakistan, Dubai and Afghanistan. They may be crossing international borders at times without going to airports or harbours.”

It was also revealed at this media briefing that authorities have seized a total of 133 kilogrammes of Heroin so far this year. 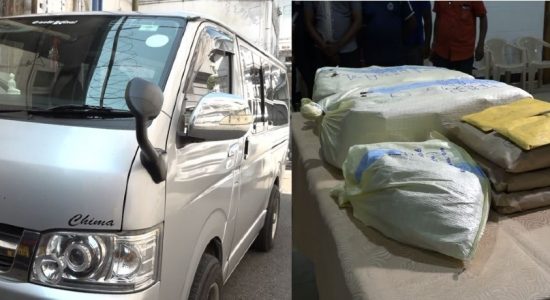