Tensions erupted between a group of midwives, nurses and minor staff workers at Ward 17 of the Ragama Teaching Hospital on Monday.

The situation had a debilitating effect on the functions of the hospital and severely inconvenienced patients.

Tensions flared when a group of minor staff workers at the Ragama Teaching Hospital attempted to enter Ward 17.

The president of the Government Midwifery Service Association claims that nurses had attacked a group of minor staff workers, who had brought food for a group of midwives who had allegedly been locked in the labour room.

Minor staffers at the hospital has this to say:

“I was on the night shift. I went inside and asked them to open the door when I was coming out. They blocked the door instead and then my hand got caught in the door.”

“They are checking minor staffers who are going into this labour room. They have assumed the duties of the police.  Thereby, we decided to take action. They have kept the midwives in there for five days. They had no food and no water.”

“They do not have the right to check any worker. The entire minor staff is against this.”

“We ask that we be allowed to do our duty in freedom.”

However, nurses claim that they did not carry out such an assault.

Following the incident, our cameras captured footage of nurses refraining from carrying out duties and loitering.

“All of the minor staff gathered at the entrance to Ward 17 and attempted to enter. The nurse at Ward 17 told them that they could not enter, at which point all the other staff commenced assaulting them. We never locked them in. We always gave them the opportunity to leave.”

The minor staff at the hospital had freed the midwives who were allegedly being held in the labour room for five days and had hospitalised them.

Minor staffers were also seen carrying out the duties of nurses.

A midwife who was allegedly trapped said: “ I took over duties at the labour room on the night of the 26th. The next day I was unable to hand over the shift and leave because the nurses were outside blocking the door. Only today was I able to leave the labour room. I couldn’t go to the toilet and I had no food and no water.”

Another midwife who was allegedly trapped noted: “About 200 nurses locked all the doors and said they would not let us leave. We did not receive anything, not even water until the night of the 28th.”

A nurse at the hospital commented on this situation.

“Since the 6th of June, we have been begging the director not to allow a situation like this to arise. But the director observed a policy of silence. They even answered their calls of nature inside here. They did not come out for four days. They were given food and they ate and changed clothes inside. This could cause harm to newborns.”

Following a discussion with administrative officers at the hospital, the director of the Ragama Teaching Hospital told News 1st that a group of nurses had attempted to assault him when he intervened to resolve the problem.

The doctors at the hospital supported the minor staff and the hospital director and agreed to continue with the day-to-day operations of the hospital.

The hospital director then boarded an ambulance and left for the police station to lodge a complaint.

Patients at the Ragama Teaching Hospital were severely inconvenienced as a result of the tensions.

Director General of Health Services, Dr. Palitha Mahipala too visited the hospital on Monday to hold talks regarding the problem.

A nurse who made a statement while enroute to these talks had to undergo this response from the midwives.

The director general then held talks with the police, hospital administration and the factions involved in the issue. 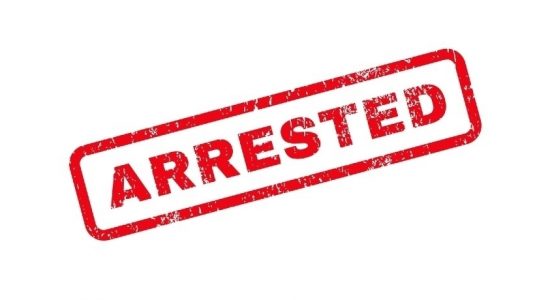