James Rodriguez showed the bright and sporting side of individual South American football talent in Saturday’s last 16 matches at the World Cup in stark contrast to the furore sparked by the Luis Suarez biting incident.

The fresh-faced 22-year-old Rodriguez — who has lived up to the mantle of being ‘El Pibe Nuevo’ (the new kid) as successor to Colombian playmaking great Carlos Valderrama — scored a double including a wonder-goal to see off South American champions Uruguay 2-0 and take his tally to five for the finals.

Rodriguez has shown maturity beyond his years in assuming the responsibility of inspiring the team which had been left devastated prior to the finals when iconic striker Radamel Falcao was ruled out because of injury.

“For me, special talents are those who do things that are completely out of the ordinary,” said Tabarez.

“Diego Maradona, Lionel Messi, Luis Suarez, James Rodriguez — they do things because they have certain gifts that make them special.”

Tabarez refused to blame his side’s defeat on their being distracted by defending Suarez over the biting incident that resulted in his expulsion from the finals, a four month global ban from world football, a nine game international ban and a six figure dollar fine.

The team did not make a protest when they lined up for the match but showed their solidarity by laying out his kit in the dressing-room prior to it.

“I don’t know what energy we could have lost,” said Tabarez.

“We simply accepted that he was suspended. We criticised the excessive nature of the sanction, which was very subjective, it’s true, but it’s the feeling of an entire people who follow football.

“We tried to defend him, as should be done. He’s part of our group and pursuing the same objectives, but when he was no longer able to be with us, that was the end of that.” 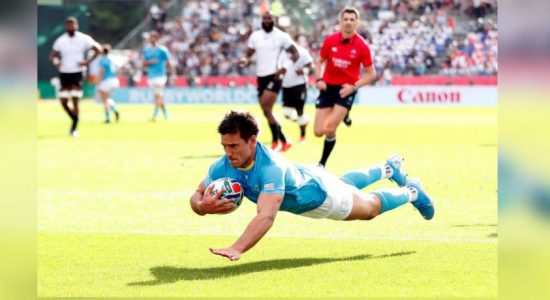