A fuel storage facility and a re-fuelling terminal in the Mattala Rajapaksa International Airport and the Magampura Harbour were declared opened by President Mahinda Rajapaksa on Sunday.

A Sri Lankan Airlines flight was re-fuelled, making it the first flight to receive fuel from the new system.

The commemorative plaque was unveiled to declare open the new fuel storage complex by the president at the Magampura Harbour.

President Mahinda Rajapaksa carried out the first re-fuelling of a ship at the harbour as the clergy chanted pirith. 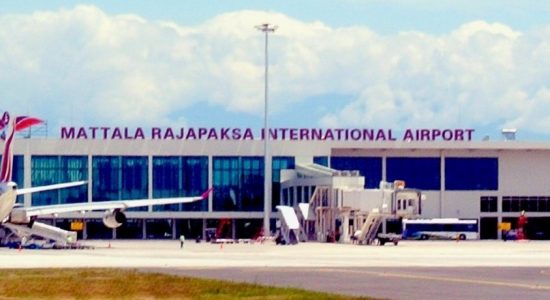