The fire erupted at around 3 a.m.

Fire and rescue units from Dehiwala, Colombo as well as Sri Jayawardenepura Kotte were dispatched to douse the fire .

According to our correspondent in the area, the fire was doused at around 6 a.m.

The fire caused extensive damage  to the clothing store.

A number of political representatives arrived at the scene of the incident on Saturday morning.

[quote]This is a grave crime, we condemn it. We will explain matters to the President and attempt to stop this from here. We are really hurt by this. These incidents seem to indicate that they want another war. We hope that this will stop immediately and an environment will be created where all races will be able to live in peace .[/quote]

[quote]They have attacked the country’s economy. When property damage is caused to the general public the government should provide compensation. Who provides this money? Its doesn’t come from any one’s personal pocket. It comes from the general public. If this continues we will be heading for a grave issue. It is the government’s responsibility to ensure that such incidents do not occur .[/quote]

The Deputy Government Analyst who arrived at the location on Saturday afternoon, inspected the scene of the incident. 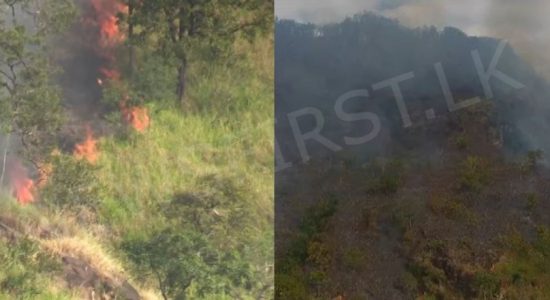