A group of estate workers engaged in a demonstration  on Saturday obstructing the Hatton – Nuwara Eliya road in the Kotagala area.

The demonstration was launched in protest against the Kotagala Medical Officer of Health.

The demonstrators allege that the Kotagala Medical Officer of Health does not provide the necessary medical facilities to the people.Vehicular movement was hampered for about two hours on the Hatton – Nuwara Eliya road due to the protest.

The demonstrators also charged that they now have to travel to Kotagala if they are to meet the midwife who was initially stationed in the Dimbulapathana area.

A discussion with regard to this problem was held between officials of the Office of the Medical Officer of Health and officials in the area subsequent to which the demonstrators dispersed.

When News1st inquired into the matter, MOH of  Kotagala Dr. Janaka Abeygunawardene stated that he had taken measures to stop illegal abortions and the sale of tri-posha within this estates.

He added that as the M=midwife from Dimbulapathana was receiving death threats, she was provided facilities at the office of the Medical Officer of Health to carry out her duties.

The Kotogala MOH further noted that even thou such allegations are being leveled by the estate workers, steps have been taken to provide the best Maternal and Child care services to these estate workers. 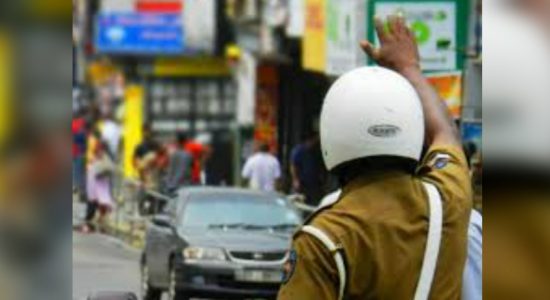 Traffic on several roads in Colombo to be limited

Traffic on several roads in Colombo to be limited

The main road which is also the fish market