A young nun who became an internet sensation after appearing on Italy’s version of The Voice, has won the finals of the TV talent contest.

Sister Cristina Scuccia, wearing her nun’s habit and with a crucifix around her neck, thanked God for her victory.

Her rendition of Alicia Keys’ ballad No One has already received more than 50 million hits on YouTube.

The 25-year-old says she believes her songs express “the beauty of God”.

“My presence here is not up to me, it’s thanks to the man upstairs!” she said after being declared the show’s winner.

“I’m not here to start a career but because I want to impart a message.”

Sister Cristina added that she was following Pope Francis’s calls for a Catholic Church that is closer to ordinary people.

She then recited the Lord’s Prayer on stage.

Speaking ahead of Thursday’s live final, she attributed her popularity to a “thirst for joy, for love, for a message that is beautiful and pure”.

Sister Cristina, whose religious order is based in Milan, said she would happily go back to singing with children in chapel.

She first impressed judges in a blind audition in the initial stages of the competition in March.

When they discovered their surprising selection, she said: “I have a gift and I am giving it to you.”

Her popularity has risen in Italy, a mainly Catholic country, as well as around the world.

Her performances on the show have included a version of Cyndi Lauper’s Girls Just Want To Have Fun and Bon Jovi’s Livin’ On A Prayer.

She has even attracted the attention of Whoopi Goldberg, the star of the comedy Sister Act, who tweeted a link to one of her appearances, saying: “For when you want a taste of sister act!” 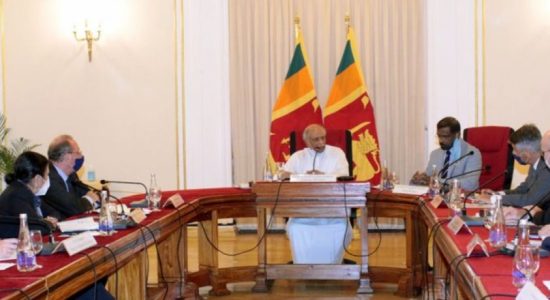