The former Miss World teamed up her silvery white gown with diamond jewellery and soft loose curls framing her face.

Her make-up had a hint of blue and heavily lined eyes.

The beaded number featured a plunging neckline, shimmery tassels and a diamond pattern. The silhouette echoed her earlier outfit, which was dual toned golden gown.

The 40-year-old actress, whose red carpet choices at Cannes have often garnered mixed response, made a glamorous first appearance by flaunting her newly thin figure at the red carpet yesterday in a golden fishtail Cavalli gown which she teamed up with red lips.

The star, who is accompanied by her two-year-old daughter Aaradhya and mother Brinda Rai at the 67th Cannes Film Festival, was to make an appearance earlier but her trip to the red carpet got delayed last week due to the Air Traffic Control strike in France.

Aishwarya has been a regular at Cannes thanks to her stint as the L’Oreal Paris brand ambassador. It is her 13th festival appearance. 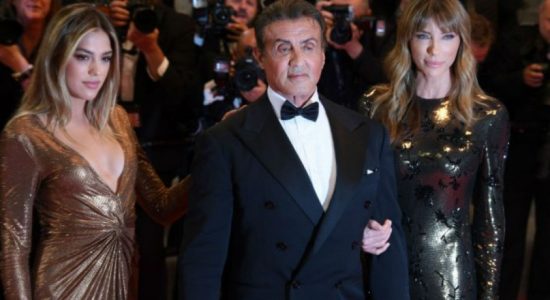