The procession carrying the sacred hair relic of Lord Buddha and the sacred relics of disciples of the Lord Buddha, from the Yatihalagala Raja Maha Viharaya in Kandy to the Sirasa Namami Vesak Zone in Colombo 02, reached the Dharmachakrarama Viharaya in Muruthawela, Pasyala on Monday evening.

The procession which commenced its journey on Sunday from the Yatihalagala Raja Maha Viharaya in Kandy, reached the historic Dedimunda Devalaya in Aluth Nuwara where the relics were placed for the night.

The procession then resumed its journey at the auspicious time on Monday morning. The procession which reached the Kandy – Colombo road via the Higula junction and then proceeded to Mawanella and Kegalle, was welcomed by a large number of devotees who thronged either side of the route of the procession.

School children too gathered on either side of the route to pay homage to the sacred relics as they made their way towards Pasyala.

Celebrating the three stages of the life of Lord Buddha, the Sirasa Vesak Zone will be held over three days from Vesak Full Moon Poya Day.

The premises of the Head Office of the Capital Maharaja Organisation Limited on Braybrooke Place in Colombo 02 and its environs are now being prepared for this auspicious occasion.

In addition to the exposition of the sacred relics, the Sirasa Vesak zone will also feature pandals, songs of devotion and dansalas to provide refreshment for devotees.

Visitors to the Sirasa Vesak Zone will also be able to watch the internationally acclaimed film Sri Siddhartha Gautama.

The sacred relics of Saripuththa and Mogallana which will also be brought to the Sirasa vesak Zone are currently housed at the Mahabodhi Agrashawaka Maha Viharaya.

Special religious observances are being held Monday for the eighth consecutive day prior to the departure of the relics to the Sirasa Vesak Zone.

To mark this year’s Vesak celebrations, S-Lon Lanka Private Limited has initiated a meritorious act, launching a mobile application containing a set of Pirith and Gatha.

The App was ceremoniously launched at the auspicious time of 10:30 a.m. on Monday by the Diyawadana Nilame, Pradep Nilanga Dela, at the Sacred temple of the Tooth Relic in Kandy. 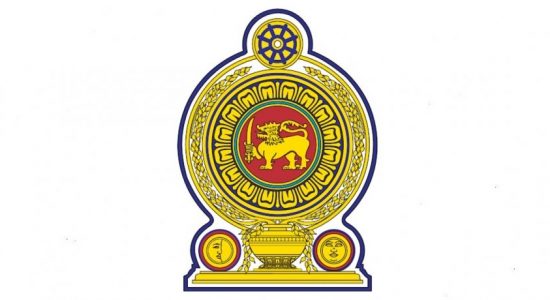 The sacred relics arrive in Colombo for Sirasa – John Kee...