The World Conference on Youth 2014 commenced on Tuesday morning at the Magam Ruhuna International Convention Centre in Hambantota. President Mahinda Rajapaksa was the chief guest at  the occasion.

The inaugural session of WCY 2014 was held under the auspices of President Mahinda Rajapaksa. Youth representatives from over 150 countries are currently in the country to take part in this conference, along with  several ministers of  youth affairs  from across the globe.

The inaugural ceremony was also graced by President of the General Assembly John Williams Ashe and youth representative of the UN General Secretary Ahamad Alhendawi,

“The voice of young people has never been stronger. Young people today are showing the same struggle to realise common aspirations – from education to decent employment, from living healthy to living peacefully, from being recognised not only as numbers or as beneficiaries but also as assets and partners in development, the changes are daunting.”

He added: “As you are debating here, these coming days, I would like to invite you all to join the global partnership for youth in the post 2015 development agenda and to crowd source your target as and priorities in the coming agenda .”

The official theme song of the World Conference on Youth was performed at the event, which brought the gathering alive yet again.

Head of State, President Mahinda Rajapaksa then addressed the gathering.

” The primary responsibility to ensure youth participation in development lies with the State. We as leaders and policy makers need to consider a number of challenges to make this effort meaningful and successful. From a traditional policy maker’s perspective, all too often, the question  asked when you raise the issue of youth involvement in any societal process is, do they have the expertise, capacity, knowledge, experience, leadership and the resources?. Youth are seen as dependents or beneficiaries and not as active partners, who can also contribute to good outcomes.

He added: “Sri Lanka accords special attention to the needs and aspirations of our significant youth population. Having experienced two violent youth insurgencies in 1971 and 1989 we are mindful of the causes that create violent discontent. More importantly, Sri Lanka has recognised that economic and social development was most successful when young people became active stakeholders in policy formulation and implementation.”

“Be creative and always try to find innovative approaches to break barriers. Use your energy and potential to keep seeking out a better world. Innovation and creativity are your own tools for a better world. I wish to appeal to all of you, the young people who represent the world, to regard your country as sacred. It cannot be second to any of your interests; nor can it be sacrificed for any gain whatsoever. There may be outside pressures to compromise your love for your country but all such pressures must be resisted at any cost.” 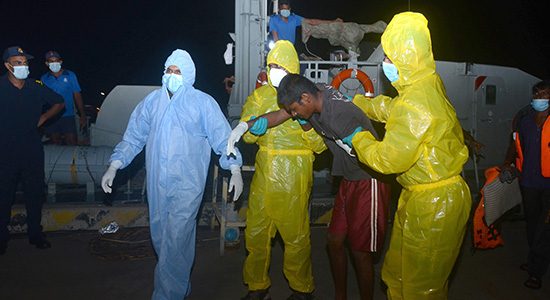