Nine-month-old booked for murder in Pakistan

Nine-month-old booked for murder in Pakistan

Nine-month-old Musa Khan appeared in a court in the Pakistani city of Lahore, formally charged by local police for attempted murder on personnel who raided the area where he lived with his parents and grandparents.

According to the First Information Report (FIR) filed by the police, the infant, along with his uncles and grandfather Mohammad Yaseen, attacked the police officers, bailiff team and some Sui gas employees who had arrived at the locality to sever gas connections of houses that had not paid their gas bills.

It is not clear when the alleged incident occurred, but it is believed to have been in recent days.

Irfan Tarar, a lawyer representing the child, said the police had lodged the FIR against all of Muhammad Yaseen’s family members, which included his sons Irfan and Imran, as well as Imran’s 9-month-old son, Musa Khan.

Musa was granted interim bail after he appeared in court with his grandfather, Muhammad Yaseen.

Police said an assistant sub-inspector complained in the FIR that all the family members accused beat him up and gave him a head injury. 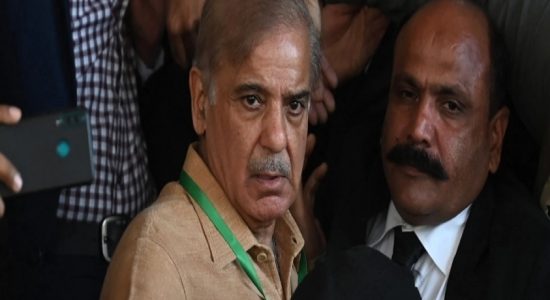