The affable Darren Sammy was graceful in defeat and said that may be God wants Sri Lankan legends Mahela Jayawardene and Kumar Sangakkara to get a chance to savour the taste of winning a World Championship trophy in their swansong T20 international event.

A dominant Sri Lanka today made it to the ICC World T20 final for the third time knocking out defending champions West Indies by 27 runs via the Duckworth Lewis method after thundershowers stopped proceedings in the second innings.

With disappointment written large on his face, he said:

[quote]We will obviously come back stronger in 2016 and have another shot at the Cup. Sri Lanka have played better cricket and have deservingly reached the final.[/quote]

When he was asked as to who will win the World Cup, the sadness became more evident.

[quote]It doesn`t matter to me now. I am just gutted that we won`t be playing the World Cup final. But it will be an exciting event and I would wish all three teams luck.[/quote]

The West Indies skipper said that he has never ever seen this kind of hailstorm in his life.

Sammy said with a smile,

[quote]I was quite intrigued when it started. I thought people were pelting stones. Never seen something like this before in my life.  [/quote]

Asked about the number of dot balls (27) played between Chris Gayle and Marlon Samuels, he said,

[quote]I am not going to answer that. [/quote]

After a few moments when the same question was repeated by another scribe, he did admit that rotating the strike and Marlon Samuels` off-form in the tournament has been a factor.

[quote]When you lose a game of cricket, people point out at lot of things. I know it is not an ideal situation but we have somehow developed a strategy where we can score around 12 runs per over in last six overs. We have good boundary hitters but we do need to improve in rotating the strike. Marlon obviously is not in good touch but he is one of our better batsmen.[/quote]

On the final two overs of the Sri Lankan innings, Sammy conceded that Dwayne Bravo`s side strain was a reason for not giving him a bowl at the death.

[quote]Santokie and Russell have done well for us at the death. But today they were off-colour and it can happen.[/quote]

Sri Lanka`s hero of the day Angelo Mathews felt that it does not matter as to who is their opponents in the final.

[quote]In any case, we need to beat them to win the Cup. Actually, we did not play for the rain. We only came to know at the innings break that there is a possibility of rain. We would have ideally liked to play the full 20 overs and won rather than by D/L method.[/quote] 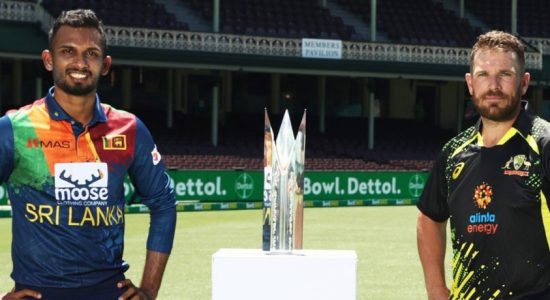