Lalith Weeratunga responds to allegations made by Former President

Lalith Weeratunga responds to allegations made by Former President

A copy of the letter addressed by Secretary to the President Lalith Weeratunga to the Former President in response to issues involving privacy, was released to the media.

The Secretary to the President has penned this letter under the tilted – The harassment of Former President Chandrika Bandaranaike Kumaratunge through illegal surveillance.

Weeratunga notes in the letter that he had been instructed by the President to respond to the letter dated March 5.

The President wishes to point out that their isn’t a shred of evidence to justify the numerous accusations you have levelled at the government, police and intelligence services of this country.
Secretary to the President Lalith Weeratunga notes further, that the response to the former President’s letter was delayed, as a broad investigation had to be carried out to ascertain the facts of these allegations as there was no proof in keeping with the nature of the allegations.

Although you have raised various allegations with regard to the invasion of your privacy, harassment, suspicion regarding your personal safety and the violation of your freedom of movement and association, the President observes that there is no evidence or cause for such. It is evident that all of your allegations are causeless fabrications. The President further guarantees that there is no surveillance being carried out into your telephone and e-mail communications or your residences in Horagolla and Colombo.

The Secretary to the President also points out that among the complaints that have been made by the Former President, a time-frame has only been mentioned in one incident, this being a written complaint made on the 10th of October 2009, to the Inspector General of Police at the time Jayantha Wickremaratne, stating that officials who identified themselves as being attached the intelligence services had visited several of her friends homes and had questioned them.

The letter addressed by Lalith Weeratunge notes that there is a justifiable suspicion as to whether these were in fact officials or officials of the intelligence services.

The letter further notes that the President had stated that no investigation can be undertaken into the truth of these allegations since there has been no mention of locations, individuals, time-frames or any other factor or evidence.

The allegations you have leveled become more grievous when you note that pressure had been exerted on your friends and colleagues, that you have undergone major stress as a result, and that senior members of our party and our government have ceased communications with you as per the instructions of the President in the eight  years since the President came into power.
In the letter, Weeratunga notes that the President is of the view that if the Former President is able to submit the name of even one individual who has exerted such pressure, it would assist in ascertaining the truth.
Translated Extract

The President is most amazed by the reference you have made to a white van culture. He is of the view that if this culture arose prior to your presidency you should have been well aware of it throughout your presidency.
The Secretary to the President notes that steps were taken to eradicate the terrorism of torture and bloodshed, adding that there are no white vans within the political culture under the present government.
The letter further notes that this exists only within the minds of individuals who are working to destroy the image of our country in accordance with the agendas of certain forces.

While you have noted that you are suspicious regarding your security owing to the modern procedure of destroying senior authorities of your government through murder, abduction and assault, the President categorically rejects this allegation. While this allegation is devoid of truth, the fact that prominent persons who strongly opposed and overly criticised this government, now hold senior positions in the government, establishes the false nature of this allegation.

The President who rejects the allegations that you have levelled including the violation of your fundamental rights, the violation of your right to privacy and the alleged harassment of you, further guarantees that you have no reason to be suspicious of your personal security. While he guarantees the freedom of all citizens as the Executive President, as per this procedure, he has not foregone guaranteeing the basic freedoms of the former President. As stated before, the President who rejects the allegations you have levelled regarding the activities of the National Intelligence Services, recalls that members of the Presidential Security Division during your regime, were involved in major crimes. He expressed his happiness at the fact that there are no such incidents today.
The Secretary to the President who further notes in this letter that, while officers have been assigned to provide security for her given that she is the former president and that it is the duty of the police to provide security at locations that she visits, adding that the President is of the view that it is unwise to interpret this as intentional spying.

The letter further notes that the President guarantees that the law will be enforced against any person who violates crime prevention laws under the Police ordinance.

Finally, the President observes that your letter, has been penned at the same time that international forces are levelling wholly false allegations against Sri Lanka in Geneva and other Western Nations.

Ministries operating with NO Minister; Secretaries to take charge

Has Secretary to the President, Dr. P. B. Jayasundara, resigned? 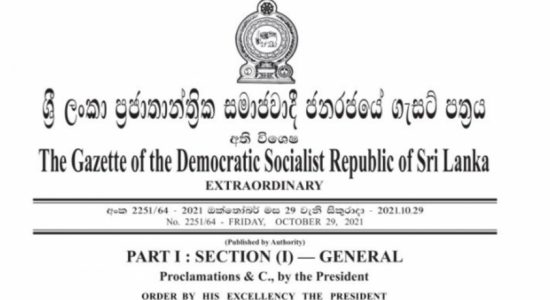 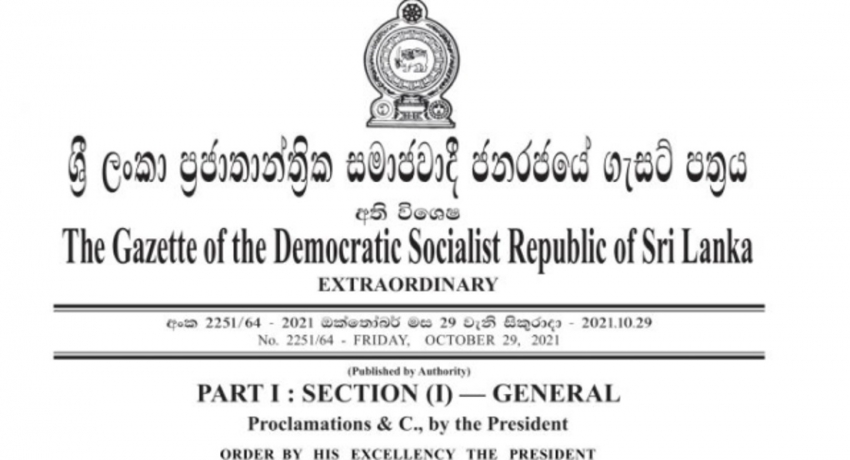