A statement comes after China released satellite images of a ‘suspected crash area at sea’ of what they describe as three ‘large, floating, objects’ in the South China Sea.

Location? This image released by Chinese authorities potentially shows a large crash site of what could be Malaysian Airlines Flight 370

The Chinese agency gave coordinates of 105.63 east longitude, 6.7 north latitude, which would put it in waters northeast of where it took off in Kuala Lumpur, Malaysia, and south of Vietnam, near where the South China Sea meets the Gulf of Thailand.

Debris: The crucial discovery of the debris was made on March 9 – the day after Malaysian Airlines flight 370 went missing – but were only released on Wednesday

Floating: These images from the Chinese satellite dated March 9 appear to show what could be fuel resting on the surface of the South China Sea and were taken in the zone where the three pieces of large debris were recorded 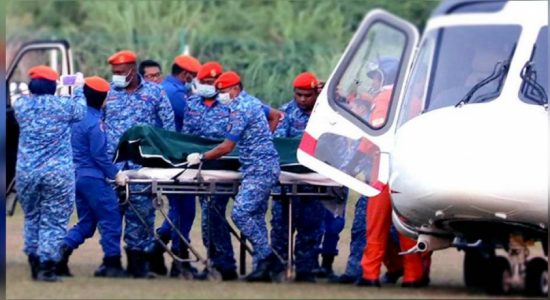 There are no laws for private sector bribery – Sarath Jayamanne

There are no laws for private sector bribery