Don’t play games with the people – Faizer Mustapha to SLMC

Don’t play games with the people – Faizer Mustapha to SLMC

[quote]People are not fools. The Muslim community is intelligent. Do not try to play games with them during election time.[/quote]

Speaking at a meeting held in Colombo on Saturday, Deputy Minister of Technology and Research, Faizer Mustapha, expressed his displeasure over the Sri Lanka Muslim Congress enjoying the privileges of being in government and criticising the government at the same time.

“Today the Muslim Congress has put its own list and is using government vehicles and government security and is criticising the government. I wish to responsibly state at this instance that we will not allow this type of politics to take place in the Colombo District. Do not criticise the government while enjoying the privileges of being in the government. The people will show their opposition to this.”

At the concluded Eastern provincial Council election, the Sri Lanka Muslim Congress, a constituent party of the government, contested the election as a separate party.

At the concluded Central Provincial Council election too, the SLMC submitted a separate nominations list and then pledged support to the government after the election.

This time as well, the SLMC is contesting the Western provincial Council Poll as a separate party, while its members hold government positions and the party remains a constituent of the UPFA. 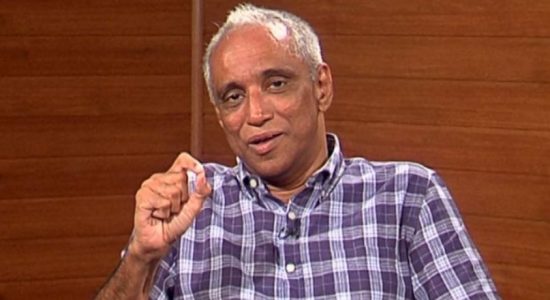