An emotional Cristiano Ronaldo failed to hold back the tears as the Real Madrid and Portugal star won the Ballon d’Or at a star-studded FIFA Awards Ceremony in Switzerland.

The forward finally ended the reign of Argentina’s Lionel Messi, who had held the award since 2009, with Frenchman Franck Ribery finishing third.

“I am deeply moved,” said the 28-year-old, who had played down the importance of the trophy in the run-up to Monday’s ceremony. The former Manchester United star, who scored 66 goals in 56 games last year, was previously crowned the world’s best in 2008.

“There are no words to describe how I feel,” said Ronaldo, who won the prize despite winning nothing with either club or country in 2013.

“Each time is different. But I would say that this second Ballon d’Or is more emotional, because my mother and my son (who joined him on stage) are here.”

In 2013, he outscored Messi, who has struggled with injury, and scored a hat-trick to help his country negotiate a tricky World Cup playoff against Sweden in order to secure a berth at Brazil 2014.

Ronaldo’s golden ball is likely to take pride of place in his new museum.

At last month’s opening in his hometown of Funchal, Ronaldo told reporters: “I have room for more trophies. I don’t really want to mention specific ones. All I want is to win more awards and, if the Ballon d’Or comes, there is extra room here.” 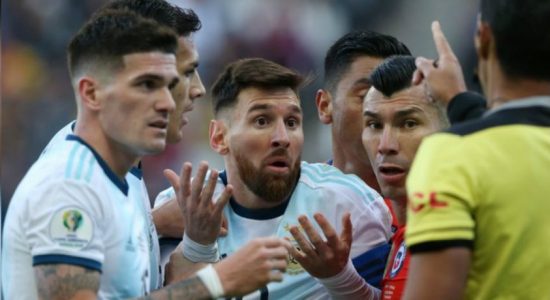