Minister of Investment Promotion Lakshman Yapa Abeywardena says that there is a force that prevents funds from coming into the country.

He reiterated that due to the protests that took place in the country in the last few days, funds worth 350 million U.S. Dollars that were to be received by the country have been delayed.

Speaking at a news conference to clarify the dealings of the Ministry of Investment Promotion for this year, Minister Lakshman Yapa Abeywardena said that by the end of the first three quarters of this year, foreign investment had increased by 41 percent since the previous year.

Last year we brought in 1.2 percent of these investments, and this year it will increase. However, if we are unable to reach the 3 billion mark, it will never be possible to maintain an economic growth rate of 8 percent in this country.” 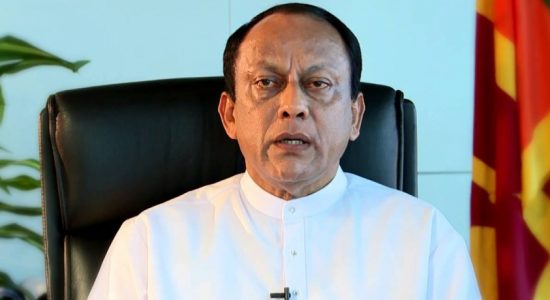