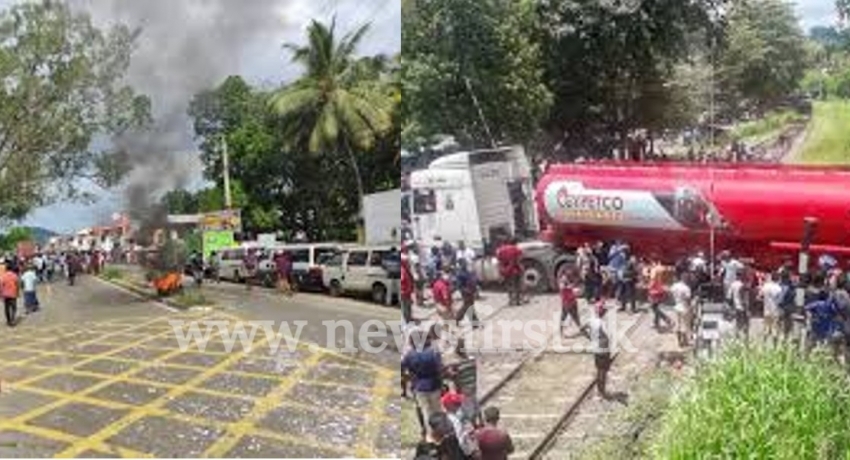 COLOMBO (News 1st); The 18-year-old schoolboy arrested in connection with the Rambukkana incident was released on two-person bails of Rs. 50,000 each.

The suspect was produced to the court at 10.40 PM yesterday (20) on several charges including damaging public property and unlawful assembly.

Kegalle Magistrate Vasana Navaratne also ordered that the student be produced before the Kegalle Judicial Medical Officer, and the case is set to return to court on April 28, 2022.

On Wednesday (20) several lawyers submitted facts to the court against Sri Lanka Police over the killing of a protestor during the unrest. This case will be called upon Thursday (21).

The Police Curfew that was imposed on the 19th of April for the entire Rambukkana Police area was lifted at 5 AM on Thursday (21).

A Police Curfew was imposed following the unrest that broke out when Police used force to disperse protestors who were obstructing the Rambukkana Railway Crossing.

One person was killed and scores were injured.

Sri Lanka Police on Wednesday (20) said that a 20-member police team led by a Senior Superintendent of Police was appointed to investigate the shooting in Rambukkan on Tuesday (19), which led to the killing of one protestor.

“There is a note that an attempt was made to set fire to a fuel bowser, and a filling station. If the fuel bowser that was filled be petrol was set on fire, it could be led to a disaster turning the Rambukka town into rubble. One person was arrested over the incident,” he told reporters.