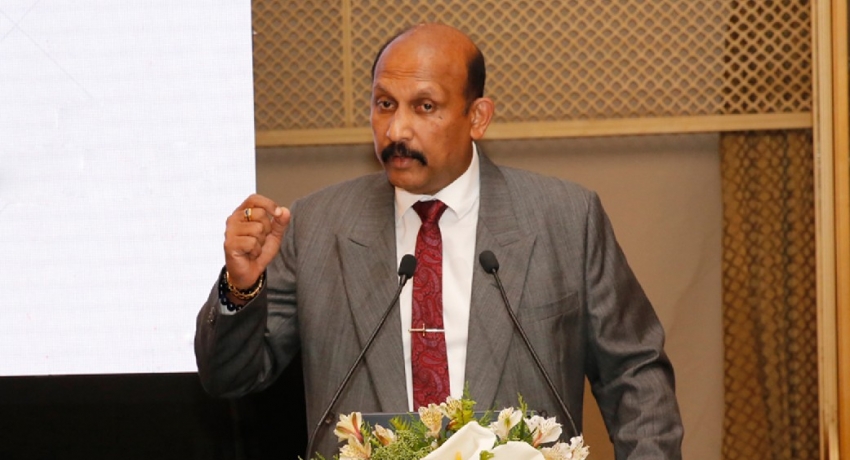 COLOMBO (News 1st); The support given by the private security sector to National Security is immense, says the Defence Secretary Gen. Kamal Gunaratne.

Speaking at the Sri Lanka Security Service Providers Annual General Meeting – 2021 on 29th December, the Defence Secretary stated that besides contributing to the economy and creating job opportunities for citizens; most importantly for personnel who used to serve in the Armed Services of Sri Lanka, the private security companies are contributing a greater share in ensuring the national security of the country which has evolved into a wider spectrum of security needs in the recent past.

Referring to the President’s Election Manifesto which has given the lion’s share to National security, he said Secretary Defence is responsible for national security whether it is fail or success, adding that the command, authority, responsibility and accountability relating to national security also lies on his shoulders.

Further speaking to pioneers in Sri Lankan private security services, he said it is an emerging industry which shows development across the country despite the current economic crisis experienced due to COVID-19 pandemic.

This development is driven by diverse factors including the increased pressure for risk mitigation by businesses and corporate entities, he reasoned.

Illustrating the numerous challenges faced by this industry, such as adequate knowledge of multitasking and technology to perform security and safety functions, he stressed that the development of skills becomes a crucial factor where investment in human capital becomes vital in preparing it to take on greater responsibilities.

Citing the poor benefits, lack of compensation packages, absence of proper insurance policies and career development avenues for employees as the main causes that have led to the industry weakening, Gen. Gunaratne opined their managements to dispose appropriate measures to curtail such lapses in order to uphold the quality of their services.

The Defence Secretary also highlighted the crucial need of shifting to sophisticated technology, specialized security academies and training in order to meet the advancement of technology and growing security threats.

“In support of all the Security Service Providers’ entities in Sri Lanka and to enhance their coordination with the government, the Defence Ministry as the line Ministry and the State Ministry of National Security and Disaster Management under my purview have set certain parameters to regulate the process of registering the Private Security Agencies and expect that all agencies adhere with these regulations to maintain harmony and sustainability of this industry”, he said affirming a web based registration system that would be introduced from year 2022.