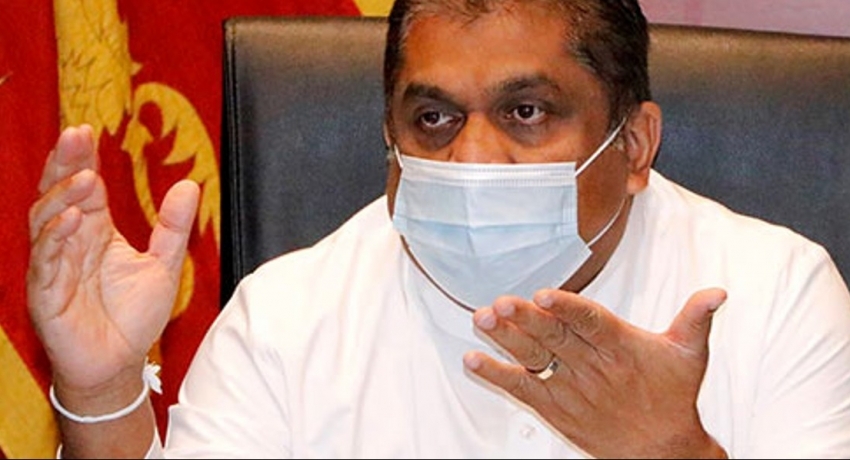 COLOMBO (News 1st); Sri Lanka’s State Minister of Co-operative Services Lasantha Alagiyawanna on Wednesday (1) said the expert opinion is that gas explosion may take place if the strength of the regulator and other equipment is not increased compared to the change in the gas composition.

The Ministerial Consultative Committee to probe gas explosions met in Parliament, where the State Minister said explosions could take place if the strength of the respective equipment is not increased.

Attending the meeting was Samagi Jana Balavegaya MP Dr. Harsha De Silva and following the meeting, he said that it can be assumed that the composition of Butane and Propane is at 50% each, in the gas cylinders in question.

“Concerns were raised with the credibility of the laboratory that tested gas by the Ceylon Petroleum Corporation,” he told News 1st.

He said those at the meeting had noted that IF the composition changes, there is a high possibility of a gas leak was taking place.

SJB MP J. C. Alawathuwala noted that there is an increase in gas explosions reported on a daily basis.

Former Consumer Affairs Chief Thushan Gunawardena told News 1st that the issue was one that should have been solved a long time ago, and inefficiency was the root cause for the recent gas explosions.

He alleged that Litro Gas was involved in a scam since April, and after many months, it is unlikely the people will be given a solution to the issue.

Litro Gas on Wednesday (1) in a newspaper advertisement said that the recent incidents and confusion that have occurred have been caused by the use of inferior quality regulators, hoses, cookers, and user negligence.

It said that the LPG procured is explicitly based on the tender document submitted and once retrieved is checked by GEO-CHEM Lanka (PVT) Ltd.

It said that the consumer will only receive the same product that was shipped from the source without any other adulteration or alternation of the composition during the process.

What does Laugfs gas say over these events?

Laugfs gas says that the Petroleum Corporation’s tests on the quality of gas will not prove to be successful.

Speaking further, he stated that no Government lab in Sri Lanka can test this composition as they do not have the necessary facilities, however, only two foreign labs in Sri Lanka are able to do so.

Moreover, the Deputy Chairman of Laugfs Gas stated that the tests which are being conducted at the Ceylon Petroleum Lab are incorrect, as the Government labs only take the gas from a tank and test it.

It’s not really a proper test, he added, noting that the gas which comes from the ship needs to be tested from the top, middle, and bottom of the cylinder for the test to be acceptable.

On Wednesday (1) 13 gas explosions were reported from several parts of the country.