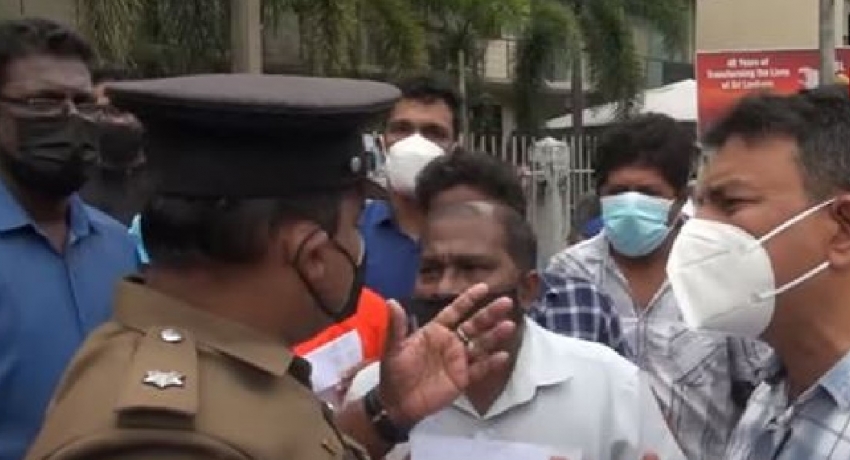 COLOMBO (News 1st); A heated confrontation between university lecturers, teachers and the Sri Lanka Police was witnessed at a protest in Nawala on Friday (5) afternoon.

The protest was organized in support of the industrial action launched by Teachers and Principals.

Dr. Mahim Mendis from the Federation of University Teachers Associations taking part in the protest said the state does not have a proper policy on education.

“FUTA will appear for the teachers and principals in their struggles,” he added.

At the same time, Trade Union Leader Joseph Stalin demanded the government ensure that the promise payments is made in one go ahead of the budget, rather than making payments in installments.

“The government is prepared to pay billions for a ship with contaminated fertilizer, but they have no money to pay the teachers,” he noted while reprimanding the government for its failure to address the issue.

Since July 2021, trade unions representing teachers and principals went on strike despite calls from the government to give up their trade union action.